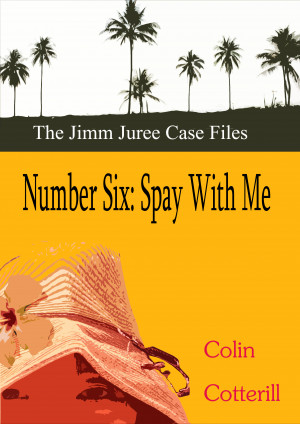 Number Six: Spay With Me

On the day I sent one of my mother’s dogs to hell, someone robbed the Siam Commercial Bank in Pak Nam. The two events sound unrelated, but they weren’t. The connection between the two was me and one amazingly bad decision I made. This will all become evident as I talk you through the events of that Thursday.

Colin Cotterill (born 2 October 1952) is a London-born teacher, crime writer and cartoonist. Cotterill has dual English and Australian citizenship; however, he currently lives in Southeast Asia, where he writes the award-winning Dr. Siri mystery series set in the People's Democratic Republic of Laos.

A new series of Colin Cotterill short stories featuring his female news reporter and detective, Jimm Juree. Fans of Jimm know her from the four novels where, with the help of the members of her strange family, she usually solves the crime. Move over Miss Marple, Jimm Juree does it for the 21st Century.

You have subscribed to alerts for Colin Cotterill.

You have been added to Colin Cotterill's favorite list.

You can also sign-up to receive email notifications whenever Colin Cotterill releases a new book.