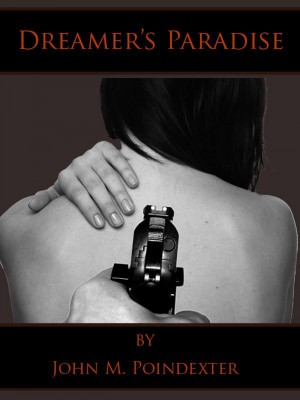 By John Poindexter
Dreamer's Paradise is about a young girl named Josie that meets a boy named Jimmy, who she thought was the best thing for her. Too stubborn to face reality, it took her two years to realize that it was either stay and suffer, or go and be alive. The trouble starts when she decides to walk away. The question now is how all of this will affect their daughter in the end.
Available ebook formats: epub mobi lrf pdb html
First 20% Sample: epub mobi (Kindle) lrf more Online Reader
pdb
Price: $0.99 USD
Buy Add to Library Give as a Gift
How gifting works
Create Widget
Tags: crime drama murder crime fiction crime and love crime adventure mystery action
About John Poindexter

John Poindexter is a retired English teacher who was inspired to write crime novels from his experience as a Special Agent for the Air Force Office of Special Investigations. His job description was that of Counterespionage Case Officer and has conducted numerous criminal, narcotic, fraud, and counterespionage investigations.

He is a winner in the Filbert Publishing June 2010 Short Story Contest and also a 2010 Peevbody Award winner. His writing career also has dealt with writing articles on investigative techniques for the Pacific Stars and Stripes while working in Japan, and reports of investigation used to prosecute individuals.

Mr. Poindexter received a B.S. degree in English from Indiana State University and his investigative training at the AFOSI Academy located in Washington, D.C., the FBI, CIA and various other governmental agencies.

You have subscribed to Smashwords Alerts new release notifications for John Poindexter.

You have been added to John Poindexter's favorite list.

You can also sign-up to receive email notifications whenever John Poindexter releases a new book.