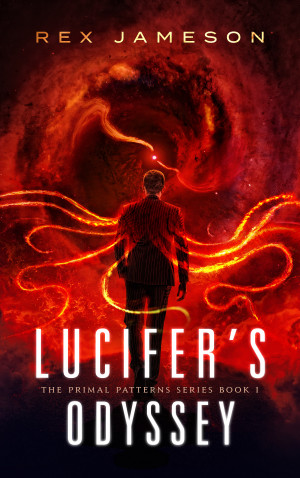 The Lucifer's Fall trilogy of the Primal Patterns series is the story of the most celebrated demon warrior and king in history, and the birth of a moral and intellectual renaissance in the Chaos Universe. The first book, "Lucifer's Odyssey", traces the demon prince Lucifer from his imprisonment by Jehovah on Earth to the betrayal of his parents in Chaos and a shaky alliance with the Elven people. Filled with irreverent humor and fast paced action, Lucifer's Odyssey beckons you to take a journey through space and time into a story where elven technology meets the ruthlessness of the demon race and the potential of Jehovah's great creations.

"Lucifer's Odyssey" is the first book of the Lucifer's Fall trilogy, and book one in the Primal Patterns series.

Rex Jameson is the USA Today Bestselling author of the Primal Patterns series, the Age of Magic series, and half a dozen short stories. His latest novel The People’s Necromancer is being released exclusively in the limited edition Wrath and Ruin box set until April 2018. After that, The People’s Necromancer with additional content and The Dark Paladin (the 2nd book in the Age of Magic series) will be released in 2018.

An avid history buff and an unabashed nerd with an appetite for science fiction and fantasy, he loves to create complex speculative fiction with layered characters. He earned a PhD in Computer Science at Vanderbilt University and researches distributed artificial intelligence in robotics at a computer science research company in the Pacific Northwest. Rex and his wife Jenny live in Pittsburgh where they enjoy hosting family and friends. 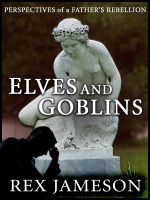 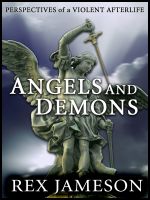 Witty, Sarcastic and fun. This is definetly not a bible story. A bit confusing at the onset but once you get to about the forth chapter, everthing starts making more sense. Once you get passed the character names and get into the story this turns into quite the science fiction fantasy battle story. Excellent writing style allows you to visualize every scene. Good way to spend an afternoon in the sun.

First of a scheduled trilogy, "Lucifer's Odyssey" is aptly named. The author conjures an imaginary history of Lucifer's rise to prominence among other demons and god-like characters. I found the idea very good using the idea of primal patterns based on the Forms of Plato's Socrates dialogs, but the core thread was held in check by wildly variable descriptions of action that borrowed heavily on an irrational mix of human-like vulnerabilities and supernatural powers attributed to the characters. The story is in no way irreligious unless the reader is bothered by an alternate suggestion as to Lucifer's ascendency to power, which would seem to be the basis of Jameson's trilogy. In short, a good book, and perhaps a better rating for fantasy fans than I've given it.

This book was received as an eBook in exchange for an honest review.

Won this book through LibraryThing member giveaway... A little slow to start, but grabs your attention and won't let go... Enjoyed the character development, can't wait to read the next book in the series...

Think that Rex Jameson should become one of the next great authors in the Science Fiction/Fantasy genre... Definately in line with Robert Heinlein, Oscar Scott Card, Ian Astimov, Frank Herbert, and Anne McCaffery...

Never in a million years did I think I'd be rooting for Lucifer! This book has a whole new take on the relationships between Lucifer, Michael, Jehovah and the rest of the gang. Lucifer, by the way, is the Crown Prince of Chaos and he's stuck on Earth. This was an amazing story. At first, when I began reading, I thought Lucifer was just what I would expect the devil to be like. After reading further into the book, he became more likeable-yes likeable. No I'm not crazy, Nor am I a Satan worshipper. This book just was that good! The magic part kind of threw me for a loop. Not enough really explained about magic--maybe in the later books. (This is book one of a series) Read it, you'll be surprised and amazed. I received this book from LibraryThing Member giveaways. I was looking forward to reading about Lucifer getting his butt kicked. This was much better! READ THIS BOOK!!

I loved this book because it had a very interesting plot.

I just finished reading Lucifer's Odyssey and it is one of the best books I have read in a while. You follow the life journey of a demon prince whose story spans millions of years through good times and bad times, happiness, sadness,love and war. This book shines a whole new light on heaven/hell and the universe, so if you don't have an open mind do not read this book. I found it quite entertaining and eye opening and quite different from anything else I have read. I wish I had the talent of Mr. Rex Jameson, I can not wait for the Goblin Rebellion . Keep up the great work.

When Rex asked me to read this book, the name Lucifer was enough for me. Come on, who doesn't love a great scary Satan novel?

So wrong. Rex has done something so unique I'm actually giddy as I write this. He took some spiritual names we are familiar with, characters even and put them in new roles and new places.

Lucifer is the crowned prince of Chaos, trapped on Earth. Remember the archangel Michael? He's Lucifer's twin brother. And Jehovah? He's Lucifer's cousin...a rule-breaking scholar who left the Chaos Primal to create Order. And I LOVE that Jehovah, kind of an arrogant tool, is married to Gaea. And yes, she is mother earth to his cool scientific God.

There are also Goblins Elves...they don't like to be called Goblins. They live in a 3rd Primal. The Elvin and Chaos primals were created by Archimedes. They can speak with him and also with the primals. Well in theory, in the book only the Chaos one speaks.

It's all so intense. There is magic, immortals, and really no holds barred on theories or physical laws.

Lucifer has to fight to win back the respect of the elves, to get back his rightful place on the throne, to save his kingdom and the elves. To stop not only Jehovah, but Eranos. And as much as a egotistical and evil as he seems in the beginning, you end up rooting for the demon. And yes, he is a demon, wings and all.

So get a copy, it's a fascinating and fun read!

(reviewed the day of purchase)
Huibert-Jan Lekkerkerk reviewed on Oct. 8, 2011

This book has done something that has not happened with me for quite a while; I could not get into the story. I read the first 80 pages (out of 479 in my version) and found it a hard read. I cannot say that it is really boring as things do develop and there is enough change in setting and conversation. Somehow though the story does not grip me. The idea of having the classic 'demons' (Lucifer, Azazel etc) being in fight with the classic 'good ones' - Jehova, Michael who want to destroy 'Chaos' etc is a nice view that I've not seen in other books. So that is not the issue, neither the fact that I'm put off by religous views (you could view this book as being quite heretical if you are to a certain extend religous AND lacking a wider view of things).

Maybe it is the quite unpersonal way the story is put down, but whatever it is, I can recommend a prospective reader to read some short sections and see if the writing style is agreeing with you (which is basically a good idea for any book...). So as a result I feel obliged to give the book only half a star (if not to signify that it is a potential controversial read).

Rex Jameson has created a novel that contains the unexpected, next logical choice for the "How the Universe Came to be" story. His novel does something that truly presents itself as unique--an ever increasingly difficult thing to do in literature. Jameson tells the story of Lucifer--and manages to make him a sympathetic character. Definitely not something that is often considered. Jameson's LUCIFER'S ODYSSEY is certainly written for those with an open mind. If you routinely wonder "what if...." kinds of questions, then this novel is for you. Looking at the world and all of its conflicts through its perhaps most well-known and feared villain is so intriguing that it made it almost impossible for me to put this book down--much to the woe of my family who wanted to be paid attention to. I am eagerly awaiting the next installment of this story, and truly envy Jameson's talent as a writer!

This book was fantastic! I loved the characters and the way that Rex Jameson put them together to make the story interesting and well put together.

You have subscribed to alerts for Rex Jameson.

You have been added to Rex Jameson's favorite list.

You can also sign-up to receive email notifications whenever Rex Jameson releases a new book.