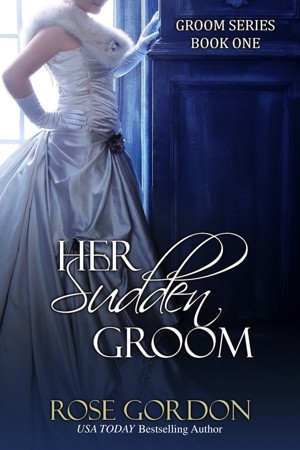 Caroline Sinclair is still trying to scrape her jaw off the floor after hearing her cousin, Lady Olivia’s, latest announcement when the object of their conversation, Alex Banks, Olivia’s intended, arrives for what Caroline assumes is a bout of drawing room chitchat with his betrothed. But when an experiment is mentioned, Caroline, who cannot resist a science experiment any more than she can deny her lungs air, volunteers to help before she even knows what it is!
Download: epub mobi (Kindle) pdf more Online Reader
lrf pdb
Price: Free! USD
Add to Library
Create Widget
Tags: romance love sex historical historical romance regency regency romance regency england series romance rose gordon
About Rose Gordon

Interesting read. I like Marcus and want to read further about how his life is going to be. But 'Her reluctant groom' is not under free category..:( so I can't.
So far this story is good. I too wish that Caroline could have been his first instead of second.

The lead characters in this Regency romance are not the standard types. Both are serious amateur scientists so their outings have a more intellectual flair. An enjoyable read.

This was a great book! The characters just came alive. You both laughed and cried with them. I would recommend all or Rose Gordon’s books but especially this one!

Loved this book. It was great to read about the other characters from the scandalous sisters series. Would definately recommend all of Rose Gordon's books

If you enjoy your books in series and want the whole picture you will want to read the first three books in the Scandalous Sisters Series by Rose. You will meet Alex and Olivia in those books and understand better who they are and what they are like.

Book 1: Her Sudden Groom by Rose Gordon Groom Series
Edward Banks, now on his death bed, tell his eldest son Alex, about a betrothal agreement he made with his best friend when his daughter was born on the same day as Alex eight years later, Lady Olivia Sinclair. Later on they added a statement saying that if either of them married before his 30th birthday, the agreement would be null and void. Alex has thirty days to find a bride, Alex who is brilliant when it comes to science but not so much when it comes to woman. He does know he could never tolerate life with Olivia, if it were bad enough that she unattractive, dressed poorly and smelled bad but her disposition was even worse! Marcus Sinclair agrees that if Alex can find a bride within thirty days he won't hold him to marrying Olivia, after all Marcus likes Alex. Marcus suggests that Alex treats finding a bride as an experiment. When Caroline Sinclair overhears that word she wants to join in and help with what she thinks is a scientific experiment, she missed the first part of the conversation. Alex finds her lovely and distracting but as smart as he is it takes Marcus to point out how perfect they would match up.
Caroline was adopted by her Uncle's family when she was seven. Her mother was dead and her father a addict. She had to put up with her cruel cousin Olivia all these years. Caroline was jealous of her cousin who would marry the handsome man. It was Caroline who was getting to spend time with him though. She was busy writing up notes for experiments, playing lawn games and spending time with him. And finding out it was true, Alex seemed to only be able to converse about science.

This book continues where the Scandalous Sisters left off. Alex Banks is their cousin who we meet in the other books. He is always being scientific. We get to see our old friends from the first three books and meet some new ones as well who will be in the next books. The earlier books will prepare you for Olivia as well, she is quite irritating!
**Sexual situations within marriage.