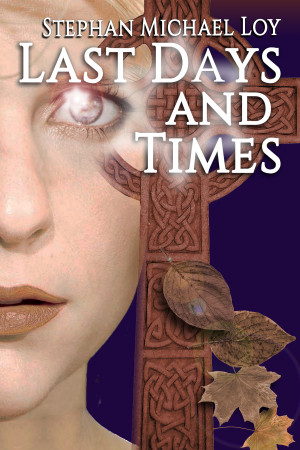 By Stephan Michael Loy
Rated 5.00/5 based on 12 reviews
NIGHTWATCH, Book 1 The world falls toward nuclear Armageddon. A mysterious evangelist-gone-terrorist with supernatural origins ushers in biblical apocalypse using stolen atomic warheads. Three stand against him, a seer of good and evil, her academic beau, and a disaffected FBI agent. All these may be emissaries of God, but who, in these times, does God truly favor? A supernatural urban thriller More
NIGHTWATCH, Book 1

The age of apocalypse is upon us. Fundamentalists and new age thinkers of all stripes are convinced that the new Catholic pope ushers in the end of the world. Leveraging that hysteria, Arthur Davidson, a radio evangelist, rises to prominence while promising salvation through him alone. But Davidson guards a startling secret, one that drives him to force the Bible's apocalyptic prophesies to fruition. He procures ten tactical nuclear weapons stolen from a Russian Army facility and attempts to use them to bring about the end of all time.

Davidson's nemesis is Sally Reiser, a Jew disillusioned with God, whom she blames for the handicap of her six-year-old autistic son. She's the last of a line of seers, a family gifted to witness the work of God, no matter how beautiful or terrible. Sally allies with an unlikely hodgepodge of Davidson's enemies including Gary LaMonte, a doctoral candidate who has written a thesis on post-millennialism, the effect of the dawning millennium on the mass psyche. Rosa Vasquez is the FBI's lead agent in the government's fight against Davidson's terrorist network, code-named Bible Scholar. Together, these imperfect heroes combat Davidson's mad plans, risking everything to save the planet, save each other and save the anchors of their souls.

Praise for Last Days and Times from readers:
"Excellent read! Well written and with well-developed characters. This book is edgy, yet well grounded in today's world. A real page-turner!"

"Stephan Loy paints for us a compelling story with figures we recognize as true and situations we cannot disregard."

"...this book is genuinely good, every bit as engaging and well written as a Dan Brown, or Dean Koontz novel."

"Issues of faith, race, family, and a snappy whodunit; Loy lights fuses from every angle, leaving the reader to follow the sparks. Before you know it, you’ll find yourself swimming in the powder keg, watching the whole thing go “boom.” And man, what a sight to behold."

Stephan Michael Loy has been churning out stories of adventure and fantasy since way back in junior high. He's been writing professionally since the 1970s, breaking in his writing chomps on the Louisville Courier-Journal and IU's Indiana Daily Student newspapers. He has a degree in Journalism from Indiana University and an advanced degree in Art Education. He is a military veteran, having served five years in Armor and Cavalry commands in Europe and the United States. He uses all of these experiences in the stories he creates. He has published multiple novels and novellas on Smashwords that can also be found in print at Lulu.com and Amazon, among other online sources. Go to stephanloy.com to easily find these books in print or ebook formats. Stephan Loy lives in Indianapolis, Indiana with his wife Amy and their two criminal cats, Buffy (the Cat Toy Slayer) and Oz.

I read this book when it first came out in print and have thought about it many times since. I was very glad to have the chance to read it again electronically - its easier! Such a good story, such good characters!

This is a well-written, very interesting story with intriguing characters and exciting plot twists. I enjoyed it.

Great story. I found it to be very interesting and fast paced. Much better than i expected. I highly recommend it.

(reviewed 27 days after purchase)
ben choy reviewed on May 31, 2011
(no rating)
Interesting book with a religion spin to it. Try to tackle a few social and religion issues, without going overboard with the moral tone. Rare to see books without sex and violent (well sex anyway, quite a bit of violent in it). Proves that good writing does make good books.

Excellent, excellent book. It kept me up way too late for a few nights. You know how sometimes you pick up a book where you left off the day before, can't quite remember exactly what was going on and have to go back a ways to refresh your memory? Didn't have to do that with this book. Found myself thinking about it during the day, looking forward to being able to get back to reading it.

I'll be on the lookout for the author's next book (and where are the others mentioned in the author's bio??? I'd read 'em!)

Many reviewers throw around the word craft, but Stephan Loy has truly crafted an original and compelling suspense story. Does it happen to pull in the sci-fi and drama genres? Yes. Does it have engaging, well-realized characters that have arcs which each move with the tide of the overall book? Yes.

There are obvious ties to the popular writing of Koontz and Deaver but what I enjoyed was that Loy tackled a topic that many may consider a bit taboo: extreme religious fanaticism. It is a topic to which I am not overly exposed but Loy tackles it not only with fervor but a deftness which left me satisified that his expertise on the matter is absolute.

The story moves along at a good clip. My only criticism might be that there was a great deal of initial back log to the characters which could have unfolded a little more organically as the story progressed. Done poorly, however, and this may have slowed down the later chapters so I hesitate to even mention it.

Excellent read! Well written and with well-developed characters. This book is edgy, yet well grounded in today's world. A real page-turner!

It's good to see a book that fearlessly addresses what scares some of us the most...extremism...regardless of the base religion.

LAST DAYS AND TIMES demonstrates the craft of this author/artist at the large canvas. Stephan Loy paints for us a compelling story with figures we recognize as true and situations we cannot disregard.

(reviewed 5 days after purchase)
Doug Welch reviewed on June 11, 2010
(no rating)
This book is a prime example of the reason that commercial publishing houses are soo lame. The irony is, that the only possible reason that this is not a best-seller is because the publishing houses were afraid of right-wing-christian backlash if they did publish it. I have read many examples of the trash that comes from the big guys, and they cannot hold a candle to the quality of this book. It is fast paced, with impeccable timing, and contains characters whose fate you emote with and care about. Mr. Loy is one good author, and a great writer. I wish him the success that he deserves. I enjoyed this book immensely, so much so, that I purchased it to read to the end. I recommend that you buy it because, like me you will eventually.

(reviewed the day of purchase)
Talweh Thegalka reviewed on Feb. 10, 2010

Wow, this is the first book I have read from this author, but it surely won't be the last. A perfect example of "don't judge a book by it's cover" I had low expectations when I got the sample, based on the cover, and some of the other things I had DL in the "apocalyptic genre" but this book is genuinely good, every bit as engaging, and well written as a Dan Brown, or Dean Koontz novel.
Great story, realistic people you can relate to and become emotionally attached to, and a fast paced, "keep you reading" type of plot.
KUDOS to you Stephan, you have a new fan!

You have subscribed to alerts for Stephan Michael Loy.

You have been added to Stephan Michael Loy's favorite list.

You can also sign-up to receive email notifications whenever Stephan Michael Loy releases a new book.