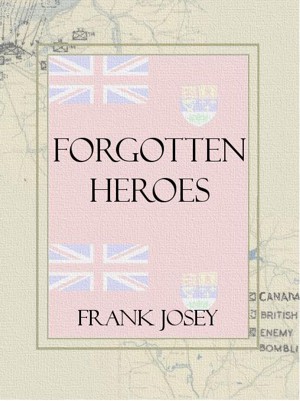 By Frank Josey
An adventure spy story based on true events but with fictional Canadian characters to protect the operatives’ identity. Read how two Canadian agents, Natalie and Ray, representing the activities of all agents in WW2, fall in love but do not let their passion for each other interfere with their dedication to the anonymous espionage work that helped the Allies beat Germany and Italy in WW2.

Apart from "The Forgotten Heroes", which was a special project for a late friend, my e-publications' main theme to November 2011 is the effects of Post Traumatic Stress Disorder. This powerful mental illness wreaks havoc on our society, a society that rarely understands the impact of this condition.

Sadly, the overuse of PTSD diagnosis has increased confusion and cynicism. I only address PTSD where SEVERE TRAUMA was experienced (battle weary soldiers or brutally abused children).

My PTSD was not caused by the "Puppy Love" experience, but from a brutal terror suffered by most children of returned soldiers who experienced the horror of combat (but were never treated for its effects). Thus, the baby boomer generation families still harbour many forbidden secrets.

Am I cured? In my case, the mental illness is managable, but still affects my day to day choices.

Many consider me a failure, I am now living proof that there is hope for PTSD sufferers, besides the alternative - suicide. I must emphasize that a top mental health professional must treat this crippling condition.

When the truth is revealed (the buried emotions rise to the surface), you will lose more "friends" than rats deserting a sinking ship. Many arrogant people have laughed at my financial and social demise (what goes around comes around).

For many of us, the attempt at a cure is worse than the ailment (reliving the trauma)- but if you persist, you'll be granted a second chance. A successful man goes from failure to failure but never gives up (Winston Churchill).

Self compassion, now THAT's a project PTSD sufferers can tackle. Until we forgive ourselves, we're just actors. Once we learn to truly respect and properly care for ourselves, then, and only then, can mature love for others develop.

Loneliness is an ever present challenge for PTSD sufferers. Loneliness is Western Society's biggest problem, Mother Teresa once said, responding to an arrogant reporter (who expected abortion to be Mother Teresa's response). Accept the loneliness, embrace it - it'll end in greater character within.

I am a Management Accountant, having graduated from Simon Fraser University Burnaby BC Canada.

I am over the hill but it's better than being under it.

My motto: THINGS ARE NEVER AS BAD AS THEY SEEM. 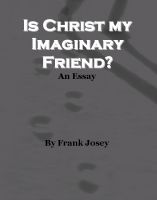 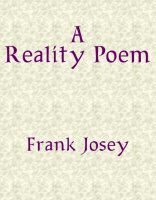 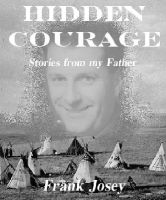 Review
James Gauld reviewed on Oct. 17, 2011
(no rating)
The author should have written more - his writing is well done and story line very clever - this e-book can be longer. I enjoyed it though.

You have subscribed to alerts for Frank Josey.

You have been added to Frank Josey's favorite list.

You can also sign-up to receive email notifications whenever Frank Josey releases a new book.