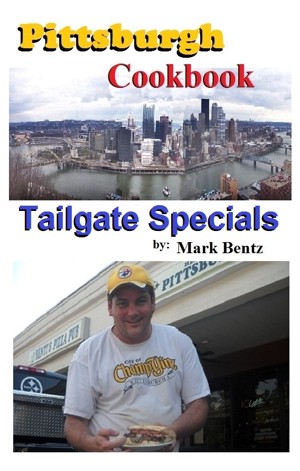 By Mark Bentz
Rated 3.00/5 based on 1 review
A cookbook by a Pittsburgh native, but for everyone to enjoy.
This book is the second published book, and is the Tailgate Specials edition. Are you ready for some tailgating? Sharing recipes of a
long career in the restaurant business in and out of Pittsburgh.
Available ebook formats: epub mobi pdf rtf lrf pdb txt html
First 15% Sample: epub mobi (Kindle) lrf more Online Reader
pdb
Price: $2.99 USD
Buy Add to Library Give as a Gift
How gifting works
Create Widget
Tags: italian cookbook pittsburgh crockpot tailgating tailgate
About Mark Bentz

I am a restaurateur currently living in south Alabama, where the sun shines on the beaches, and it almost never snows. After having a strong hand in the opening and operating of Bentz’s Pizza Pub and Pittsburgh Room for almost 7 years, I decided to continue doing a little more writing in the cooking categories. Bentz’s was started in May of 2006 in Baldwin County, Alabama a thriving area recognized as one of the best places in the country to start a business. My family moved from Pittsburgh to Daphne in 2004, when my wife at the time accepted a new executive position at a bank in Mobile, AL. Daphne is a fantastic small community to raise a family, there are good schools, lots of new construction, and it is close to many exciting places to explore along the gulf coast. Of course, the sunny weather is a plus for this Pittsburgher.
After moving here, I stayed home with the kids for a few months before I got a job at a local pizza place in Daphne. There, I learned lots of things about running a small business in the food industry, as well as learning the ins and outs of making great pizza from scratch. This completed the well rounded cooking skills that I’ve learned over the past 26 years.
I got my start at Tessaro’s, a local place in the Bloomfield section of Pittsburgh, cooking on a hardwood grill. The burgers that I cooked at Tessaro’s were known as the best burgers in Pittsburgh for the 14 years that I was there, by several of the local publications. Spending fourteen years at the same place was invaluable experience, as I watched the business grow and grow. From there I went on to cook a couple of years at Treesdale Country Club, which was also a fantastic experience, mostly because I learned a lot about cooking from Chef Bob, and all of the culinary trained chefs that I had the pleasure of working with.
After opening Bentz’s Pizza Pub in May of 2006, a local newspaper did a story about me, Bentz’s Pizza Pub, and my Pittsburgh roots. That week I met a lot of people that lived in and around Daphne, that had some sort of Pittsburgh connection. There were people who, like us, had moved close by recently, and other people that had left Pittsburgh 35 years ago, only to be joined by fellow Pittsburghers later in life. Then there were the people, that were still living in Pittsburgh, but had come here for temporary employment, and the people who had never been to Pittsburgh, but their aunts and uncles and cousins live near there. By the time that the football season came around, the pub was packed with Steelers fans each and every week. I think that year the restaurant sold more of Pittsburgh Brewing’s Iron City and IC Light beer than any other place in the south. So, when the opportunity arose, we at the Pizza Pub expanded into the suite next door and named that side of Bentz’s the Pittsburgh Room. That’s how the Bentz’s Pizza Pub and Pittsburgh Room got its start in a southern town 1,000 miles away from the Pittsburgh area. 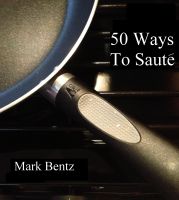 You have subscribed to alerts for Mark Bentz.

You have been added to Mark Bentz's favorite list.

You can also sign-up to receive email notifications whenever Mark Bentz releases a new book.