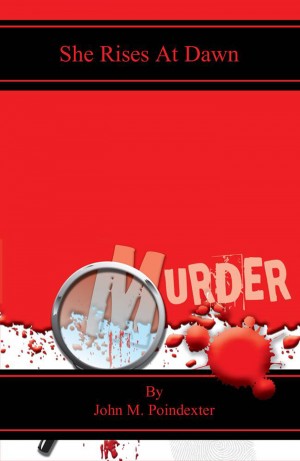 She Rises at Dawn

By John Poindexter
The affluent northwest side of Chicago rarely has problems where a Private Investigator would be seen running around the neighborhoods. However, Patricia (Pat) Michaels was hired by a rich Chicago Stock Market Trader to find his missing wife. More
The mystery really heats up when Michaels believes she sees the wife, but can never catch up with her. On several occasions, and in the different places she looks, there is always a woman that looks like Stacie Herr leaving in a hurry. Michaels is not able to stop her and begins to question whether the wife is really missing or just having an affair.

John Poindexter is a retired English teacher who was inspired to write crime novels from his experience as a Special Agent for the Air Force Office of Special Investigations. His job description was that of Counterespionage Case Officer and has conducted numerous criminal, narcotic, fraud, and counterespionage investigations.

He is a winner in the Filbert Publishing June 2010 Short Story Contest and also a 2010 Peevbody Award winner. His writing career also has dealt with writing articles on investigative techniques for the Pacific Stars and Stripes while working in Japan, and reports of investigation used to prosecute individuals.

Mr. Poindexter received a B.S. degree in English from Indiana State University and his investigative training at the AFOSI Academy located in Washington, D.C., the FBI, CIA and various other governmental agencies.

Reviews of She Rises at Dawn by John Poindexter

You have subscribed to alerts for John Poindexter.

You have been added to John Poindexter's favorite list.

You can also sign-up to receive email notifications whenever John Poindexter releases a new book.