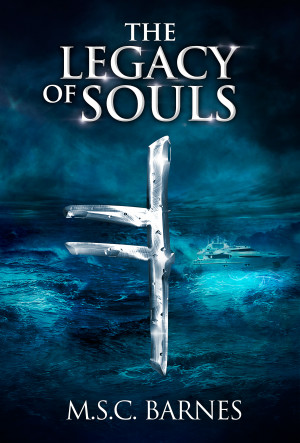 The Legacy of Souls (Seb Thomas #2)

By M S C Barnes
The Legacy of Souls is book two in the Seb Thomas series, and begins with Seb struggling with his role as Custodian. The other members of his group and those of his mentor's group are becoming increasingly frustrated with his inability to use his obvious skills and get on with his role. However, that is soon forgotten when Seb is attacked and the focus now shifts to helping him survive the night. More
Three months have passed since Seb Thomas, an under-confident teenager, was confirmed as a Soul Custodian, and Seb is struggling with his role.

Reading the present and past lives of trespassing souls, and then determining if they should be granted a chance to return to the human world to live another human lifetime, or if they should be banished to eternal darkness in the Soul Drop is what the role of Custodian entails. But reading these souls means witnessing the disturbing and disgusting sights of the actions they have taken during their lifetimes. Seb finds those sights so sickening and distressing he cannot deal with them. As a result Aelfric Duir, his mentor, is left to pick up the pieces, taking on Seb's workload along with his own.

Members of Seb's Custodian group, and those of Aelfric Duir's group, are becoming increasingly frustrated with Seb. They know he is capable of so much more and are concerned that Aelfric, taking on the additional burden, is becoming exhausted.

Returning home for the Christmas holidays, Seb looks forward to stepping away from his failures and living some semblance of a normal life. But then he is attacked ... The attack is vicious, unconventional and life-threatening.

Now the concern is no longer Seb's inability to fulfil his role, it is whether he can survive the night while Aelfric and the groups seek to identify, locate and stop his attacker...
Download: epub
Price: Free! USD
Add to Library
Create Widget
Tags: magic teen voodoo dryad teen adventure subliminal
About M S C Barnes

My books will be published for free wherever I can. Some sites don't allow this and set a minimum value but they may (I know of one that definitely does) price match - it is always worth asking...

I do not write in order to make money, I write for enjoyment and I publish for free so that the stories are available to anyone who wants to give them a go. If you don't like them, thanks for taking the time, if you do... yay!

You have subscribed to alerts for M S C Barnes.

Would you like to favorite M S C Barnes?

You have been added to M S C Barnes's favorite list.