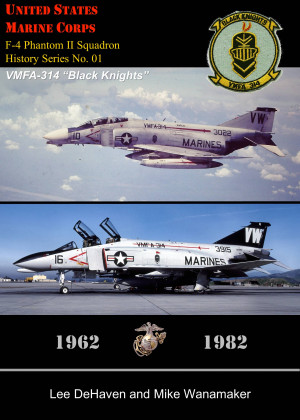 Originally from Carson City and Yerington, Nevada, Lee DeHaven served in the USN between 1977 and 1980. In 1985, he embarked on a self-learning journey to research and write military aviation history focused on the F-4 Phantom II jet. Along the way he obtained multiple Associate degrees. After years of writing articles he moved up to his first book (in partnership with Rich Rentrop) published on DVD in 2007. Lessons learned, ever expanding networking with fellow historians, and the expansion of the interest has led to a multi-volume history of USMC F-4 squadron histories. If you would like more information about VMFA-314, or any other squadron, feel free to send an e-mail to Lee.

You have subscribed to alerts for Lee DeHaven.

You have been added to Lee DeHaven's favorite list.

You can also sign-up to receive email notifications whenever Lee DeHaven releases a new book.