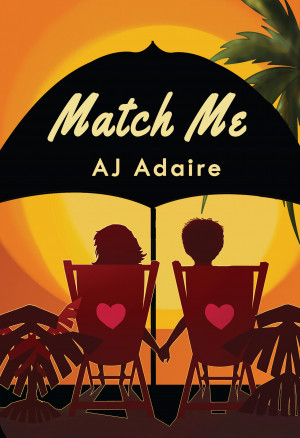 Let me tell you a little about myself. Twenty years ago, I wrote my first lesbian romance novel just to see if I could do it. The novel occupied space on my bookshelf, unread for nearly twenty years until, one day while in a cleaning frenzy, I considered disposing of the neatly stacked but now age-yellowed pages. As I began to read the long forgotten work, I was surprised to discover that the story was enjoyable! Editing and retyping the first book provided a new sense of accomplishment and additional tales followed.

Now retired, there is all the time in the world to write. I live on the east coast with my partner of thirty years. Because we love a challenge, we provide a loving home for two spoiled cats instead of a dog! In addition to writing, any spare time is devoted to reading, mastering new computer programs, and socializing with friends.

My debut novel, Sunset Island, was published in September 2013. It begins the Friends Series. A novelette, The Interim, (November 2013), continues the story of Ren Madison and her transition towards being able to love again. Awaiting My Assignment, Book 2 of the Friends Series quickly followed in December 2013. It picked up the story of Melanie, Ren’s close friend, and introduced her new partner Amanda. Book 3, Anything Your Heart Desires, (March 2014) is the last book in the series for now. It features all the characters from the previous books, and tells Jo’s story.

My first novel not in the Friends series, One Day Longer Than Forever, was released in June 2014. It’s Complicated followed in October 2014.

If you enjoy sailing, or reading about sailing, you might enjoy my next release, I Love My Life, released in March 2015.

AJ’s most recent book is Journey To You available now.

You have subscribed to alerts for AJ Adaire.

You have been added to AJ Adaire's favorite list.

You can also sign-up to receive email notifications whenever AJ Adaire releases a new book.