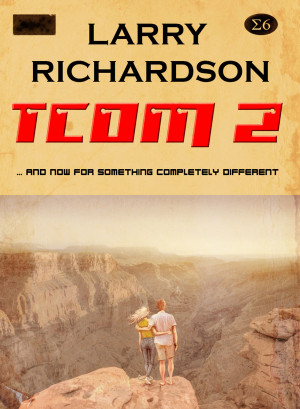 The Colonisation of Mars 2 (TCOM 2)

By Larry Richardson
The Humans are returning and they are coming in their thousands, but this time they are not coming as explorers, but as settlers, and the Martian AIs, divided against and within themselves find that they are displaced in new and alarming ways. They must adapt and the planet must adapt with them, but unknown to the arriving droves, something ancient is stirring within the Martian crust. More
If you read TCOM1 and thought it was a complete and satisfying story don't read TCOM2. The story of Sam and the colonists continues. Sam finds that all his memories are suspect. Many of the characters from TCOM1 are in the book, as AIs. Some are good people; some are not. The humans eventually do arrive on Mars, and in several forms. The RNF (rich and famous) are fleeing an overheated Earth and bringing all their baggage with them. What could possibly go wrong, eh?

If you found the many acronyms confusing you can get the Glossary of Terms from my Blog at colonisationofmars.com

TCOM1 was written for the most part while the author was traveling and working in the Canadian Arctic during 2006-2011 and has been edited often since then (as recently as 2019) to keep abreast of developments in the exploration of Mars and to 'fix' some story lines (George Lucas did it!). The author's experiences as a technician, technologist, Military Officer, Project Manager and late-to-the fold Pink Floyd/Roger Waters and melodic progressive music fan have greatly influenced the two TCOM books. He is still a consultant to the Defense Communications Industry and still travels frequently to the Canadian Arctic, in all seasons.

TCOM2 continues the story of Sam Aiken on Mars. It was written between 2011 and 2018 and underwent many changes in that time that made it less in the style of TCOM1 and turned it into something else. Maybe after he's read it fifty or so times the author will understand it. It does answer many of the questions left unanswered in TCOM1 (some intentionally, some not) but it is not the same in terms of pacing and the attempt to mimic classic sci-fi of the nineteen thirties, forties and fifties (although there is some of that too). Music influenced the writing of TCOM1 in some ways, mostly subtly. Music is present in TCOM2, for a different reason.

You have subscribed to alerts for Larry Richardson.

You have been added to Larry Richardson's favorite list.

You can also sign-up to receive email notifications whenever Larry Richardson releases a new book.