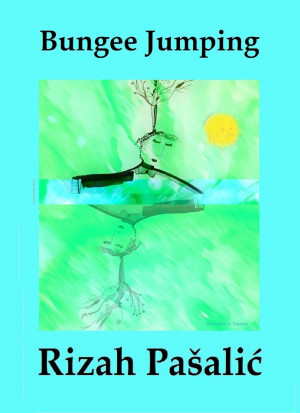 By Rizah Pasalic
Rated 5.00/5 based on 1 reviews
bittersweet fun story about a refugee's decision to bungee jump

Rizah Pasalic was born in 1939 in Novi Sad. Since 1941 he has lived in Sarajevo where he graduated from the Faculty of Law and began working as a lawyer in 1970. He has published two radio dramas for children, which were broadcasted on Radio Sarajevo, two collections of short stories, Dvije ekskurzije (2006) and Labudarka i druge price (2010) and two novels.

The novel for children, Chief drvena nova (Chief Wooden Leg), was published in 1997. There have been three editions so far and the book has been translated into Czech. The novel, Stanari zute zgrade, (Tenants of the Yellow Building) was published in 2013. 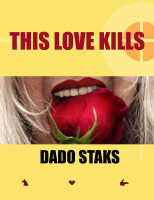 Rizah Pasalic: 'Bungee Jumping'
An overview: Abdomerovic, Muhamed
It is not news that first steps of immigrants life are miserable; language barriers, frenetic search for a job, inability to demonstrate her or his skills and loyalty are just few of daily problems.
But it would be news if new arrival gets a blink for well-paid job. As each blink is not real opportunity then immigrant's hope has to be gently restored. This is just what Pasalic describes in his novel the 'Bungee Jumping'.
Sado, young immigrant from Bosnia did not know a word of host country language yet he was determined to accept even dangerous opportunity and help family survive. He concluded from an advertisement that each 'bungee jumping' is paid lot of money. While steering into television screen he contemplated "If I get to jump twenty times a month … we could live on that". Although his struggle for a job is not yet won, however, he was excited with the opportunity to take a risk and make money for his family. After he explained the idea to his wife she started to cry and lough at the same time saying "My love! It's wonderful that you're ready to sacrifice yourself for our sake. But you're wrong about something. The person who jumps doesn't get paid; he pays people to give him the elastic rope and let him jump!"
In time of immigrant disaster the story acts as reminder that we should never give up to extend our understanding to those in need. Pasalic's story reflects remarkable eternity of human inner need to survive; it is both an relaxing read and an inspiring one to its last sentence.

You have subscribed to alerts for Rizah Pasalic.

You can also sign-up to receive email notifications whenever Rizah Pasalic releases a new book.