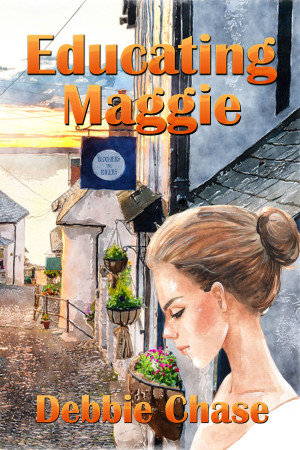 Debbie Chase (married name Debbie Spink) was born in Emsworth in Hampshire in 1959, although she has lived in West Yorkshire since 1979. She is the eldest of five children (two sisters and two brothers) and has many nieces and nephews, great nieces and nephews, aunties, uncles and cousins, having come from a very large family. She has been married since 1984 and has one daughter, Lara and two cats Ruby and Teddy.

She has always been a reader and has enjoyed writing since school. Her proudest moment being when she achieved an A+ for an essay! She has had many short stories and poems for adults and children published in books and magazines. She has written four books, the first being part fact/part fiction and called “You to Me Are Everything.” The second book based on a real-life pet sitting job is called “The Confessions of a Pet Sitter (from the Pet’s Point of View) and the third, the sequel to that book, “What A Catastrophe (Teddy’s Tale). The fourth book is a book of poems. All four books are available to buy on Amazon as a paperback or kindle. She has also had two pocket novels (“Planning on Love” and “Romance on the Run”) published with My Weekly magazine.

Her other hobbies are running, walking, swimming, yoga, pilates and Tai Chi.
After many years of office work she is now partially retired and works part-time in a baker’s shop and is also an Examination Invigilator in a local school!

You have subscribed to alerts for Debbie Chase.

You have been added to Debbie Chase's favorite list.

You can also sign-up to receive email notifications whenever Debbie Chase releases a new book.