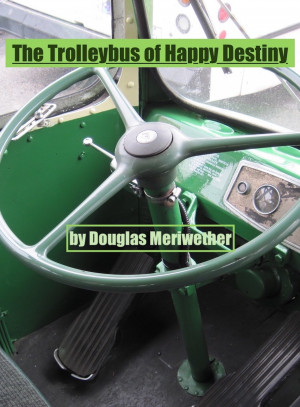 The Trolleybus of Happy Destiny

By Douglas Meriwether
Forget the Hell in a Hand Basket or Rock in a Hard Place, and see the Painted Ladies! Know the difference between Balboa Park Station and the 31 Balboa Line. Union Street v. Union Square, and the correct way to ask for Golden Gate Street, Golden Gate Park, and The Golden Gate. (No, good friend, that's the Bay Bridge.) Yes, you can visit during Muni Heritage Week, when the classics come out a ride! More
This is the Third Installment of Getting Around in San Francisco Public Transit: The Dao of Doug 3, The Trolleybus of Happy (not crappy) Destiny--Dao roughly translated as a way or manner of living, following the path of transit operator Driver Doug for his 19 years at Muni. There is so much to know about how to ride a bus, a streetcar, a cable car in San Francisco! Come take a vicarious journey with Driver Doug and get in the Zen about how to move about our world class transit system. Indeed, there are some horror stories to be told about not knowing how to ask the right question in getting to your bed and breakfast or Air bnb host. No longer constrained to the boutique hotels by Union Square or the Post and Sutter Street corridor, visitors are now free-range 'chickens,' clucking up in Ashbury Heights, above the Castro, or even in the Visitation Valley.

Going in the wrong direction for twenty minutes, or taking the wrong bus can mean missing sunset on the Golden Gate Bridge or being stuck in commute traffic on the freeway instead of whooshing down the peninsula to Silicon Valley. We are surrounded by water on all three sides of our compact city border, so asking, "Do you go to the bay?" is answered in the affirmative, but you could end up at Land's End, not Fisherman's Wharf.

Ocean Beach is a good five miles from North Beach, and 'the terminal' is lost upon many without saying, 'The Transbay,' 'The Ferry,' or 'CalTrain Terminal.' Come take a ride in Driver Doug's trolleybus, (don't be taken on one) and get there faster and funnier than being blocked in the turn lane facing Compulsive Honking Syndrome from a clueless motorist unable to look up from his device!

We transit operators know how to sit back and watch the show, and not get trapped. The signals pre-empt green for our coaches and we can blaze a trail at a smooth pace, knowing not to speed up and get trapped at a red light. Meet strange and wonderful bozos (or boas) onboard our service animal policy. Black ducks, birds of paradise, all creatures great and small, and animals too! Put your tongue in cheek, at the sweet spot, and know how to get the answer, not the Muni stare unto that far off place not unlike Hell in a hand basket; Chinatown, or a rock and a hard place----Make the Alcatraz Rock tour on time!

First 20% Sample: epub mobi (Kindle) lrf more Online Reader
pdb
Price: $4.99
Free! USD
Buy with coupon Use the code AG100 at checkout to get this book for free during our site-wide promotion!
(Offer good through May 31, 2020 )
Have a better coupon?
Add to cart, then apply your coupon
Add to Library Give as a Gift
How gifting works
Create Widget
Tags: 21 hayes alamo square ferry plaza painted ladies the sf railway museum
About Douglas Meriwether

The Dao of Doug 2: The Art of Driving a Bus: Keeping Zen in San Francisco Transit: A Line Trainer's Guide. Balboa Press: 186 pages, copyright January 21, 2015 Continues exposition about issues in San Francisco Transit. Chapters include Island versus Curb stops on Market Street, reducing transfer cost, Scheduling and Range Sheets, Tips on passing air brake test and choosing a run. One key to a smooth ride: knowing that it is not a bus, but a person driving a bus.

Publications
The Dao of Doug 2: The Art of Driving a Bus -or- Keeping Zen in San Francisco Transit: A Line Trainer's Guide
Balboa Press January 21, 2015
Authors: Douglas Griggs
Book talks about what it takes to be a trolley operator in a large dense city. Book based upon 19 years of service as a transit electric bus operator for the SFMTA.

Barista Bar Back at Castro Country Club
April 2015 - December 2015
I volunteer behind coffee bar counter to serve addicts and alcoholics attending 12 Step Meetings at this Alano Club. The Castro Country Club is designed primarily for the the Gay Community and is sponsored by the SF Aids Foundation. I also volunteer at Folsom Street Events so that this 501c 3 organization can receive funds to continue in service. 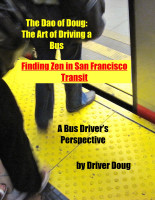 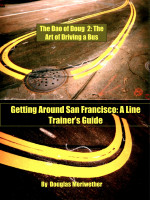 You have subscribed to alerts for Douglas Meriwether.

You have been added to Douglas Meriwether's favorite list.

You can also sign-up to receive email notifications whenever Douglas Meriwether releases a new book.