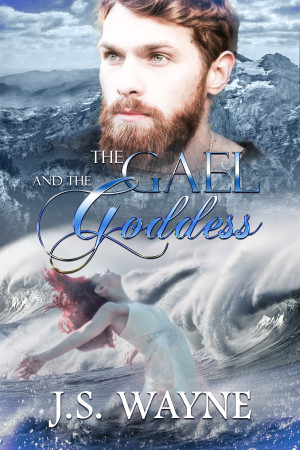 The Gael and the Goddess

Every millennium, the Ocean Goddess, Yemala, makes a pilgrimage to the shore to continue good relations between land and wave. Leaving her watery realm in the hands of her Chancellor, the nymph Amphichrale, she travels to the surface for the first time in a thousand years. A lot has changed since she last surfaced, and the goddess immediately finds herself in the clutches of the mortal law… and unable to use her oceanic powers.

Liam McGrue is a hard-headed, hard-drinking, hardworking fisherman. He asks nothing of life but an easy catch during the day and a warm fire and a glass of whiskey at night. The fiery redhead who claims to have come from the sea itself intrigues him, and his rash, poetic Gaelic heart jumps to her defense and aid. But when he realizes she’s not daft or telling him a tale, that she really is who and what she claims to be, Liam will have to choose between his lonely life on the surface and a completely new existence beneath the waves as the consort of a goddess…
Download: epub mobi (Kindle) pdf more Online Reader
lrf pdb txt
Price: Free! USD
Add to Library
Create Widget
Tags: romance erotic paranormal myth legend irish folklore js wayne
About J.S. Wayne

Born in Amarillo, Texas, Jericho “J.S.” Wayne has lived, worked, and traveled in approximately three quarters of the North American continent, amassing a résumé which could kindly be described as “eclectic” along the way. Currently he lives in Portland, Oregon and feels no particular urge to be anywhere else.

An author in multiple genres, a misanthropic humanitarian and cynical optimist, J.S. spends most of his time when not writing erotic romance turning words into money as a website designer, SEO/SEM consultant and article and blog writer, filling the balance of his hours as a polyamorous kink practitioner and educator. He is fascinated by the use of language, human sexuality, occultism, quantum physics and trying to figure out just what the hell the lyrics to "I Am The Walrus" actually mean. He enjoys receiving mail and comments from his fans, and invites you to follow him on Twitter or simply email him at jerichoswayne@gmail.com!

Content Warning Policy
This author believes, as a matter of good faith and stated intent, that all consumers of their work are mentally and emotionally competent, consenting adults over the lawful age of majority as defined by statute in their home jurisdictions to purchase and consume such work for their own enjoyment, and thus capable of electing to assume all responsibility and risk associated with such consumption. All characters in this author’s works should be assumed to be consenting adults unless explicitly stated otherwise.
It is the policy of this author to ONLY provide trigger warnings for the following thematic elements: 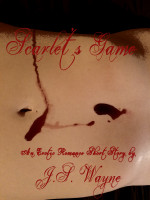 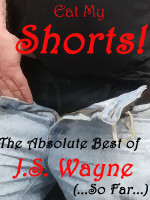 J.S Wayne brings entertainment in a delightfully sensual way. This story reminded me of many different things, including the scene from the Little Mermaid. At the same time, Amphichrale reminded me of an anime character, mainly those from anime such as Sailor Moon. I’ve enjoyed both, and I am particularly fond of anime, so it was a joy to read this. Add into the mix of a Scottish/Irish background, and a vivid description of an imaginary locale, and I was hooked.

The story follows Yemala, a sea goddess who needs to meet with Erecura, the earth goddess but soon finds herself delayed by the earthen folk, where she meets Liam, a fisherman who changes her just as much as she changes him, figuratively speaking. Each of them from different worlds, it is Yemala whose sea intelligence and knowledge is incomparable to her knowledge of the earth.

On earth, she is quite naive but learns well from Liam. The two become inseparable through not only their devotion and need for each other, of which can only be satisfied by fulfilling those needs. Add in a betrayer who is bent on destroying the town, and you’ve got yourself one heck of a story. J.S. combines a pleasurable mixture, and his novel The Gael and the Goddess, a romance erotica, is one of the best I’ve read. Highly recommended.