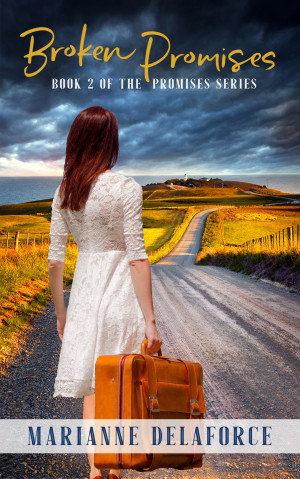 By Marianne Delaforce
Rated 5.00/5 based on 1 review
A story of love, broken promises, abuse, hidden truths and self discovery. From the stunning and diverse country of Australia to the beauty of Northern Italy, family secrets are revealed. Separated by time and secrets, would strangers finally find each other? Just how long is the road to happiness? More
At the age of 15, Rose realised her life was going to be very different to the dreams she had once held for her future. She would not live the fairytale life she had imagined. Instead, she would find herself living in a nightmare of broken promises with no apparent way out. But in her deep love for her children she would find the strength, determination and courage to go on, to push forward, if only for them.

Australia is a big, diverse country and Rose experienced many emotions moving around this dynamic landscape more often than she liked. Finding out her mother’s secret, and then losing her mother, threw her life into turmoil. To discover more and find answers to the many questions she had, she would have to leave her quiet little village on the mid north coast of New South Wales and travel alone to Italy.

Marianne Delaforce is an adventurous, brave, take-no-prisoners kind of woman with a big heart. Marianne grew up on a dairy farm at Telegraph Point, NSW. She has raised two sons and has two small grandchildren.

Marianne will have a go at anything if it interests her and believes if you’re not happy and don’t like what you’re doing, don’t whinge about it, change it! She can drive a road train, ride a motorbike, likes skydiving and bungy jumping.

She has worked as a shop assistant, waitress, axeman on the Forest Commission, sales rep, remote camp cook, furniture removalist and truck driver. She has owned and operated a transport company employing forty staff driving twelve trucks out of two depots, one each in NSW and NT. She has also owned and operated a Mediterranean restaurant on the riverbank of Port Macquarie. Over the past thirty-five years her real passion has been singing and entertaining. She currently works as a marriage celebrant, produces videos and sings.

She sold her company and restaurant three years ago, packed up and took off on the adventure of a lifetime to find herself again on the “Free, Fabulous and 50 Tour”. Marianne has travelled Australia with her trusty blue heeler dog, Elly, by her side. Towing an off-road caravan with her Land Rover, they have made their way around Australia twice in that time, through the Gulf of Carpentaria, up to Cape York, across the Nullarbor, and have traversed both The Gibb River Road and The Outback Way, Australia’s longest shortcut.

About the Series: The Promises Series

Also in Series: The Promises Series

I loved, I laughed, I cried....a good book brings out emotion and this one sure did. Looking forward to the next book xx

(reviewed 18 days after purchase)
Caghy reviewed on Sep. 8, 2018
(no rating)
I loved this book, sad to put the story line to a lovely friend and her family but I thoroughly enjoyed it
I could not put it down till I finished it
Could not wait for her next book to be realised
Great read thank you

You have subscribed to Smashwords Alerts new release notifications for Marianne Delaforce.

You have been added to Marianne Delaforce's favorite list.

You can also sign-up to receive email notifications whenever Marianne Delaforce releases a new book.