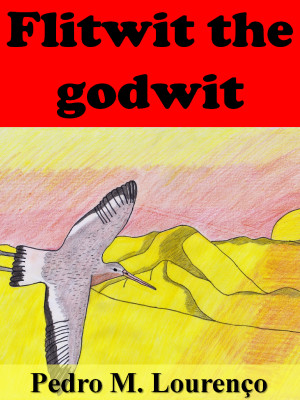 By Pedro M. Lourenço
The story of a young black-tailed godwit that embarks in his first migration to Africa. More
Flitwit was born in a cold, damp meadow in the Netherlands. Like all the other young godwits, he must now embark on his first migration to Africa. He must do this on his own, such is the way of his kind, and the path he must take is long and sometimes treacherous. But Flitwit knows that he will meet his father once again in Africa and nothing can stop him until he gets there.

Pedro M. Lourenço was born in Caldas da Rainha , Portugal, in 1980. He lived there until he was 17. In 1998 he moved to Lisboa, to study at the Faculty of Sciences of the University of Lisboa. In 2003 he finished his degree in Biology, a scientific field that he never abandoned ever since. After finishing his degree, he worked in various projects related with Ornithology and Ecology, and eventually defended a PhD thesis in 2010, at the University of Groningen, The Netherlands, on the topic of bird migration. Over the years, writing was always a second home, a secret passion that seldom saw the light of day.
After the PhD he returned to his native Portugal, having worked in nature conservation projects and, more recently, in research projects at the University of Lisboa. His research on bird migration often offered him the chance to fulfil another of his passions: travelling. He has been to exotic locations such as the fjords of Iceland, the Banc d'Arguin in Mauritania, and the Bijagós archipelago of Guinea-Bissau, as well as to most European nations.
In 2017, writing finally gained a much deserved bigger role in his life, with the publication of his first book entitled &quot;À Sombra de Uma Estrela Intermitente&quot;. This collection of short stories, written in Portuguese, wander the uncertain border between happiness and sadness. Since then he has worked on several writing projects, including a few children's stories that are slowly becoming available now in ebook format both in Portuguese and English.
Currently, he lives in Groningen, the Netherlands, together with his partner, Ana Ferreira, and their two children, João and Teresa, trying to reconcile his biology, is writing and family life in a juggling act that is not always easy to perform. 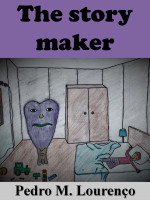 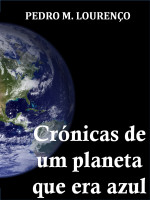 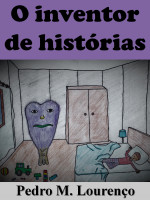 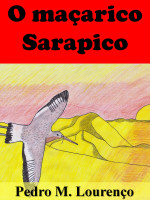 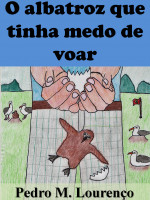 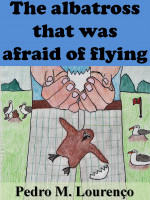 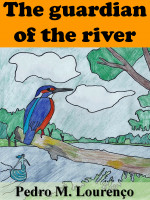 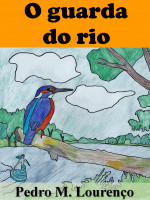 You have subscribed to alerts for Pedro M. Louren&ccedil;o.

You have been added to Pedro M. Louren&ccedil;o's favorite list.

You can also sign-up to receive email notifications whenever Pedro M. Louren&ccedil;o releases a new book.