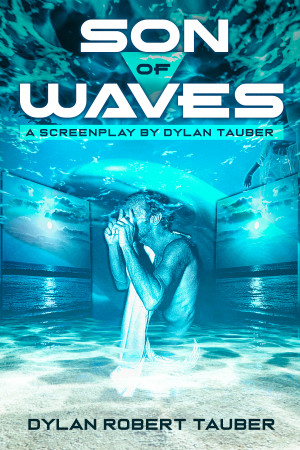 "Earth Soul is in an urgent meeting with the other planets of the solar system.

Earth: I am being destroyed by the most evolved of my children. I blessed them with abundance, and they filled my oceans with plastic. I blessed them with endless love from every tree and blade of grass, and they cut down my rain forests. I gave them a loving sky with clouds smiling at them, but their scientists and governments made chem-trails trying to change my nature.

I gave them endless abundance, and they spent it on machines of war to kill each other. I am sick. What must I do? The symbiotic relationship I began with The Humans has been corrupted.

Venus: I cry for you my sister.

Mars: I cry for your earthquakes and tsunamis. When will harmony be restored? Must we decree a violent end to Man?

Sun: Enough violent talk Mars. I spoke with God immediately before this assembly and He smiled. A solution is coming that will bring balance to the solar system.

God has decided to send everything. The Aliens are coming. The human messiah is coming. The digital internet of love is coming. The evil from which earth is suffering will soon be over."
Download: epub mobi (Kindle) pdf more Online Reader
lrf pdb
Price: Free! USD
Add to Library
Create Widget
Tags: love spirituality israel messiah screenplay near death experience out of body experience digital art digital messiah internet of love
About Dylan Robert Tauber

Dylan Tauber is an award winning electronic musician, digital artist, and author, who has been based in NYC, Jerusalem, Miami, a remote island in the south western Pacific, and now in northern Israel.

Dylan Tauber has been producing music, artwork, and writing since he began his prolific 21 year career in 1996 with the ambitious Double Mirrors anthology, which includes a book, video slide shows, soundtrack, and companion website at www.DoubleMirrors.com. The Double Mirrors project evolves years later, as Tauber continues to explore the cyber-spiritual revolution.

In addition to releasing twelve ambient / electronica / trance music albums (all 12 for free download) through his Son of Waves Studios music label, Dylan runs a network of nineteen websites which include an online imaging / photo gallery, and a video archive. This network of websites has reached over 2.4 million page views since 1996.

Dylan completed a circle around the planet from 2000-2001, beginning and ending in Israel. He published two books in 2001, and two ebooks in 2013. A picture book of Dylan's photography and digital art was published in 2005.

In 2015 Dylan Tauber completed his eighth album, titled “Near Death Experience”. Also in 2015, Dylan produced a 9th album titled “Dolphin Trance”. In 2016, Dylan completed a new 10th album, “Dolphin Trance 2”, and an 11nth album, which is a compilation of all his best songs from 2006- 2016 (the second ten year period of Dylan Tauber’s career). This new project is entirely electronic music with vocals.

In October, 2017, Tauber released a new 12th album, "Sounds from Space", featuring ambient soundscapes, and the vocals of Enlia and Francessca Belisario. A single from this album, "He Loves Carmen Remix (Radio Edit)", was released in July, 2017.

Read (or listen to) the story of 21-year-old Son of Waves and his meeting with the new Messiah, David. Learn how, together with a pod of twelve dolphins, the Korean Tae-Kwan-Do team, and a group of Shin Bet bodyguards, they save the world from evil.

This is just a small part of the author’s universe, which you can visit via his multiple websites. He displays a powerful imagination and a depth of compassion for mankind. The book is illustrated with his own photographs and digital art, while the audiobook includes his electronic music and art. This screenplay would make a great short, animated film as a vehicle to spread the message of peace and love. “Love and you will live.”

You have subscribed to alerts for Dylan Robert Tauber.

You have been added to Dylan Robert Tauber's favorite list.

You can also sign-up to receive email notifications whenever Dylan Robert Tauber releases a new book.