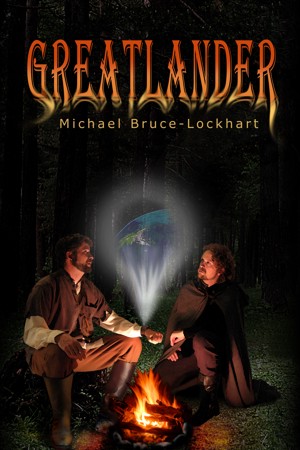 By Michael Bruce-Lockhart
The harper Nicodemus, under the influence of dangerous drugs forced on him by an ambitious priest, has a vision. It leads him to Damonryan, a marooned voyager from space and his marvellous infocom. But as the two set out to find a place for the spaceman, Nikkie has to wonder: was it the man the god send him for, or his machine?

Michael Bruce-Lockhart was born in Edinburgh, Scotland in 1947 and emigrated to Canada with his family in 1954. He holds degrees in electrical engineering from M.I.T. and had a short career in industry (as chief engineer of Newfoundland’s first high tech start-up) and a long one in academia. He is never happier than when creating things. After forty years designing hardware, then software, he has now come back to his first love: books.
He has been married to Carole Peterson since 1981. They have one son, Cullam, who is both a musician and an engineer. All hands live in St. John’s, Newfoundland.

You have subscribed to alerts for Michael Bruce-Lockhart.

You have been added to Michael Bruce-Lockhart's favorite list.

You can also sign-up to receive email notifications whenever Michael Bruce-Lockhart releases a new book.