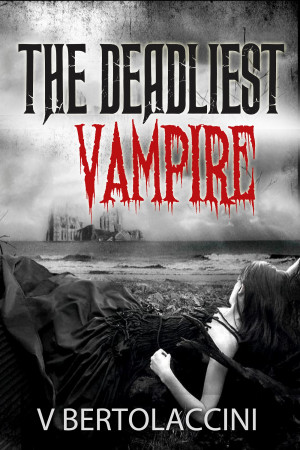 By V Bertolaccini
A classic action-packed vampire horror thriller of a New York private eye inheriting an immense ancient haunted mansion and his explorations of the place, after finding a treasure map, and his encounters with strange hauntings, extraordinary ghostly formations, which he uncovers the source of in a lost chamber, where he discovers Dracula‘s lost tomb, and late one night accidentally revives it! More
New York private eye John Eisenberg inherits a colossal ancient mansion, built far differently than anything he has ever encountered, and is engrossed with it and exploring it, especially after the discovery of an ancient treasure map, and explores strange rooms and occurrences, and legends, trying to solve what actually is there, encountering unexplained occurrences everywhere, and encounters strange unidentified hauntings, and extraordinary ghostly energy formations.
Leading paranormal scientists and investigators are brought in and go to any length to discover proper proof of the existence of supernatural, with the foremost in technology and equipment to investigate everything far further than before, and encounter the strange unidentified hauntings, and extraordinary ghostly formations, and discover the source in a lost chamber, where they uncover Dracula‘s lost tomb, and late one night accidentally revive it.

You have subscribed to alerts for V Bertolaccini.