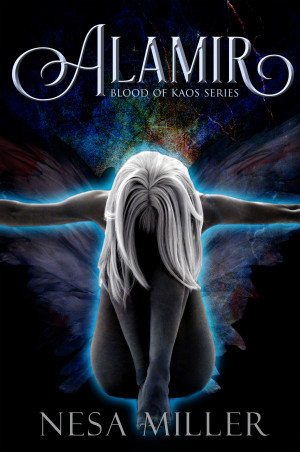 A dangerous encounter with Dar VonNeshta, the elusive chieftain of a powerful clan, could prove advantageous to Etain Rhys' plans to avenge her family - if she can survive him and his dark secret. More
Torn from a life of childish innocence, fourteen-year-old Etain Rhys witnesses the brutal murder of her family. Running for her life, she inadvertently lands in the mystical realm of the Alamir, humans infused with powerful magic. No longer a child, she’s taken in by a small clan and learns their warrior ways. Moving up the ranks, the day comes when her chieftain tells her it’s time to move on. Revenge for the murder of her family never far from her thoughts, she soon realizes it will take more than a sword and her newfound powers to track down their killer.

Lord Darknight, the elusive chieftain of the LOKI clan, one of the most powerful in the Alamir, has connections that could aid her quest. A dangerous encounter with the warrior might prove advantageous - if she can survive him…and his dark secret.

I’m just a little ole Texan living in the motherland – England – with my English husband. I moved here several years ago, leaving all my family & friends back in Texas. I never realized just how different it would be. I’ve learned a lot and seen so many fantastical places. Places I would’ve never seen had I stayed in Texas. And, I've been writing!

The Blood of Kaos Series is a story that developed from an online gaming community I belonged to many years ago – Superdudes. Sounds kind of corny, I know, but it was the most tight-knit online community you could ask for. We played games, we argued, we fought, we loved, and we made lifelong friends. We were, and still are, family. As a matter of fact, it's where I met my incredible husband!

So far there are thee in the series. The fourth should be out later in 2020.

Alamir will also be released in a YA version later this year. Now my grandchildren can share Etain's journey. Plus, me and my narrating partner, Ashley Nicole Stevens, are working on an audio of Alamir. Exciting times!

Alamir, Blood of Kaos Series, Book I
A dangerous encounter with Dar VonNeshta, the elusive chieftain of a powerful clan, could prove advantageous to Etain Rhys' plans to avenge her family - if she can survive him and his dark secret.

You have subscribed to alerts for Nesa Miller.

You have been added to Nesa Miller's favorite list.

You can also sign-up to receive email notifications whenever Nesa Miller releases a new book.