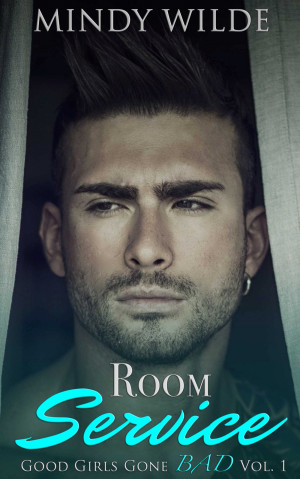 Rated 3.00/5 based on 1 review
Lucy is a good girl, at least until her life completely implodes. A terrible family, a jerk musician boyfriend who ran off with all her money, and now she's been fired. Desperate times call for desperate measures. When she comes across a job listing that seems to good to be true Lucy is forced to make a choice.
A choice that will lead her into a romantically lit bedroom with a mysterious man. More
Sometimes it's good to be bad!

Lucy is a good girl, at least until her life completely implodes. A terrible family, a jerk musician boyfriend who ran off with all her money, and now she's been fired. Desperate times call for desperate measures. When she comes across a job listing that seems to good to be true Lucy is forced to make a choice.

A choice that will lead her into a romantically lit bedroom with a mysterious billionaire.

Hello and thank you so much for your interest in my books. I am a romance author that enjoys writing across all genres and I am truly grateful that you have taken the time to visit my author page and hope you find some stories that excite you. Feel free to contact me anytime and don’t forget to sign up for my mailing list to be notified of new releases!

After getting conned and dumped by a traveling guitar player, Lucy is struggling to make ends meet and things only get worse when she's laid off from her waitressing job. Her last customer-- a sexy, mysterious man wearing clothes that cost five times her annual salary-- leaves her a $1,000 tip out of sympathy, but that money will only last so long.

But when she gets offered a job as a housekeeper at a brothel, things are looking up. Cleaning up after sex isn't her usual line of work, but at least she won't have to struggle financially anymore. When she literally runs into her heavy tipper at the brothel, however, things might get a little more complicated, especially when just looking at him is enough to fill her fantasies.

I'm still not sure what to make of this book, but I definitely wish there was more of it. I'm fascinated by this high-class brothel where everything is safe and 100% consensual and everyone treats each other like old friends. There are panic buttons in every room and all of the "Room Service" workers carry panic buttons on them as well (where they carry them isn't mentioned, unfortunately).

I'm a little uneasy about what happens if one of the staff wants to quit, though. That's never really mentioned, and Mrs. Stark, the owner of the brothel and Iron Man's mother, isn't someone to cross.  Are they allowed to leave as long or have they taken a blood oath?

" Just know that if you accept you will be all-in. The secrets you keep will need to go to your grave with you. We take this vow very seriously." -- Mrs. Stark

Lucy's a pretty cool character. She took getting fired well and she's pretty kind and relatable overall. But her emotions when it comes to her ex are really simplistic. She's just enraged that he left her destitute. And she definitely has reason to be. But anger is all she's feeling. She's not sad that he didn't love her enough to stick around. She's not regretting her decision to squander her savings on his debt (and it really was her decision. He might have sweet-talked her into it, but he didn't hold a gun to her head). There aren't even any lingering feelings of love or any sign she loved him at all. When it comes to her past, her entire character falls flat.

Of course, she's better than Adam Palmer, the heavy tipper we know next to nothing about so far. The description "billionaire alpha" basically sums up everything about him. Not that I really mind Adam. He was actually pretty nice to Lucy. Despite the circumstances, I didn't sense a disturbing power imbalance between them and he seems to genuinely care about her. I wish we saw at least one scene from his point of view. It would have gone a long way to making him a real character instead of an alpha-billionaire-on-the-verge-of-manly-tears stock photo.

I have a theory that he's the one who got her the job at the brothel, but this has yet to be confirmed. I'll be sad if this isn't the case.

The sex scene, was honestly more comical than sexy to me. Reading about them screaming out each others' names while doin' it made me giggle.

For real, have you or anyone you know actually shouted your partner's name during sex because you were so caught up in the moment? It doesn't count if you're faking it.

Honestly, they talked a lot for two people who were supposed to be lost in the magical sensations of expert boning. Adam could even get out full sentences.

"Fuck Lucy, you are going to make me explode and I am definitely not done with you yet."

But despite all its faults, I still enjoyed the story. I thought it was really cute and I want to see more of Lucy and Adam together.

You have subscribed to Smashwords Alerts new release notifications for Mindy Wilde.

You have been added to Mindy Wilde's favorite list.

You can also sign-up to receive email notifications whenever Mindy Wilde releases a new book.