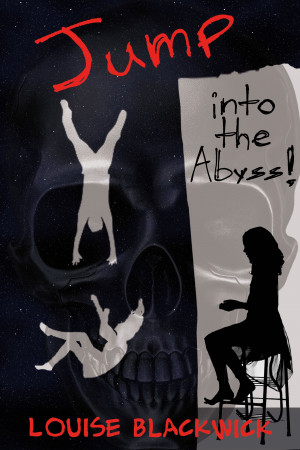 Jump into the Abyss!

By Louise Blackwick
From the bestselling author of the "Vivian Amberville" saga, comes the unnerving horror short-story of a man who gets buried alive over the festering remains of his late wife, Kassandra. More
During his premature entombment, forty long nails are struck into Chase Chaperone's casket, plunging him deeper into Hell. This grim ritual is a dark operetta written in rhyming prose - an homage to Dante's Inferno - from which naught but the most vile of souls can escape. The man is subsequently set free from the coffin by the grotesque dwarf Eldritch, who in a fit of revenge, climbs onto his back and refuses to climb down. Chase is thus doomed to carry the parasitic dwarf atop his back for the rest of his days, while searching for absolution.

This Halloween special explores themes such as "death and decay", "justice" and "morality", in a forlorn world set outside the reach of modern civilisation. Written in the grim and melodious style of Edgar Allan Poe, "Jump into the Abyss!" follows Chase Chaperone's descent into the far-reaching Abyss of his soul in a masterfully-written allegorical tale.

First 60% Sample: epub mobi (Kindle) lrf Online Reader
Price: $2.99
Free! USD
Buy with coupon Use the code TK79Z at checkout to get this book for free
(Offer good through Aug. 17, 2020 )
Have a better coupon?
Add to cart, then apply your coupon
Add to Library Give as a Gift
How gifting works
Create Widget
Tags: buried alive death and decay allegorical horror story descent into hell justice and morality rhyming prose
About Louise Blackwick

Louise Blackwick is a Dutch jungian-nietzschean writer, author of many thought-provoking stories themed on "subjective reality" and "states of altered consciousness". Blackwick is particularly known as the author of the international bestseller, Vivian Amberville, a philosophical fantasy saga centred around an orphan whose imagination can reshape reality.

Blackwick is a long-term pupil of the psychoanalyst Carl Jung, her writing digging deep roots into jungian concepts like: "individuation", "synchronicity", "archetypes", "shadow-work" and "the collective unconscious".

For philosophical views, she draws inspiration from the giants of old - among which Nietzsche, Wagner, Goethe and Schopenhauer may hold the most resemblance.

Upcoming books include: the humorous science fiction novel "God is a Robot", the sci-fi thriller “29 seconds” and the much-awaited sequel "Vivian Amberville - The Book of Chaos"

Visit her official website: www.louiseblackwick.com to download for FREE in 3 different eBook formats some of Louise Blackwick's most successful short-stories.

You have subscribed to alerts for Louise Blackwick.

You have been added to Louise Blackwick's favorite list.

You can also sign-up to receive email notifications whenever Louise Blackwick releases a new book.