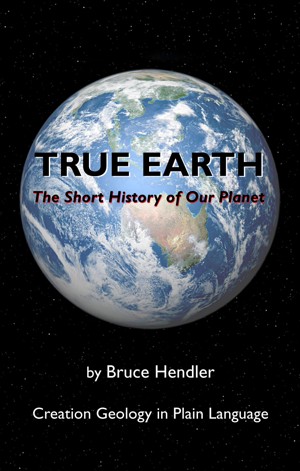 True Earth: The Short History of Our Planet Part 1

By Bruce Hendler
A Tour Guide with a Bad Attitude made somewhat bearable by a sense of humor - the Author leads you on a journey through our Home in The Universe.

Somehow he wanders off into all kinds of diversions: UFOs and Fairies; Dragons, Monsters and Vampires; various plots and conspiracies; some history you never knew.

Earth Science made Fun for anyone curious about the real story of our planet.

The Author lives in the northwest corner of the northwest corner of the USA: Bellingham in Washington State. His previous book on the Green River Killer lost much of it’s viability as a publishing possibility when they arrested the ‘wrong’ guy just as he was finishing a 2-year research project on a local man he was convinced was the real serial murderer! Since my town - and particularly the quaint Waterfront Tavern on Bellingham Bay at the mouth of Whatcom Creek - has become famous as a hangout for Serial Killers (Kenneth Bianchi, Ted Bundy, the DC Snipers, et al.), I was convinced (and still am) that this man committed at least some of the murders attributed to Gary Ridgway.

This Author’s ‘Nick on the Net’ is TrueEarth or True Earth: the same name as the title of the foundational book in the trilogy. True Earth.info is the Author’s Website. I am ‘True Earth’ on Facebook, MySpace, Twitter and Google. And, of course – on Amazon.

This author’s Calling - and to the extent that I am able to perform this task, my Gift - is to research enough about our world to become an ‘Expert on Experts.’

I seek to distill Scientific and Biblical Truth into a plain language Model of the Universe. I consider my typical reader to be the average intelligent person who just wants the common-sense explanation for the true nature of reality.

You have subscribed to alerts for Bruce Hendler.

You have been added to Bruce Hendler's favorite list.

You can also sign-up to receive email notifications whenever Bruce Hendler releases a new book.