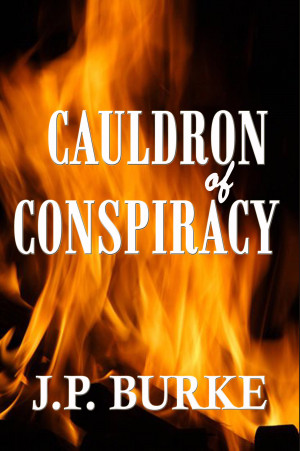 Sean Burke was born in Athlone, Co. Westmeath in Ireland. His forty year marriage to his wife Mary has resulted in four children and five grandchildren. Educated in the Marist Brothers College in Athlone, over the years he has worked in the aviation, pharmaceutical, engineering, and service industries. A sportsman all his life, he represented his country at all levels in his favoured sport of basketball.
A voracious reader, his preferred authors cover most fiction genres.
Over the years, he published short stories and poetry in magazines and newspapers and has only lately ventured into writing novels. Already with four books to his credit, each feature his hero, Detective Sergeant Scobie Tierney of the Irish police. Sean still lives in Athlone.

Reviews of Cauldron of Conspiracy by J.P. Burke

You have subscribed to Smashwords Alerts new release notifications for J.P. Burke.

You have been added to J.P. Burke's favorite list.

You can also sign-up to receive email notifications whenever J.P. Burke releases a new book.