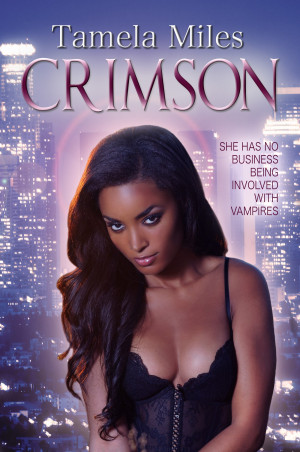 By Tamela Miles
She has no business being involved with him, but he swore to protect her from his dark, seedy underworld. More
Delilah McDade wants her freedom. After years of rescuing her younger brother, he finally involves them both in a dangerous situation they can’t get out of without the help of vampire enforcer, Ash Lockler. Freedom is a fading dream for Ash but he still commits himself to helping Delilah and her brother. When passion unexpectedly blooms between Ash and Delilah in the middle of disaster, things get even more complicated. Soon, she discovers that she wants more from the vamp than his help. A lot more.
Available ebook formats: epub
Price: $4.99 USD
Buy Add to Library Give as a Gift
How gifting works
Create Widget
Tags: romance vampire blood love passion enthralled
About Tamela Miles

Tamela Miles is a California State University San Bernardino graduate student with a Bachelor of Science degree in Child Development and a former flight attendant. She grew up in Altadena, California in that tumultuous time known as the 1980s. She now resides with her family in the Inland Empire, CA. She's a horror/paranormal romance writer mainly because it feels so good having her characters do bad things and, later, pondering what makes them so bad and why they can never seem to change their wicked ways.

She enjoys emails from people who like her work. In fact, she loves emails. She can be contacted at tamelamiles@yahoo.com or her Facebook page, Tamela Miles Books. She also welcomes reader reviews and enjoys the feedback from people who love to read as much as she does.

Reviews of Crimson by Tamela Miles

You have subscribed to Smashwords Alerts new release notifications for Tamela Miles.

You have been added to Tamela Miles's favorite list.

You can also sign-up to receive email notifications whenever Tamela Miles releases a new book.