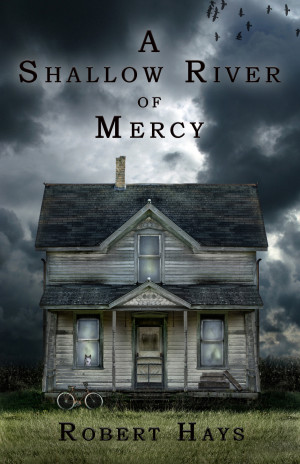 A Shallow River of Mercy

He finds a dog, a girlfriend, and a job in quick succession, and it seems as if he might finally be able to leave the past behind and make a quiet life for himself. But some of the residents, including the town’s corrupt deputy sheriff, are less than thrilled to see him, and will stop at nothing to rid the town of its infamous resident.

As events hurtle to an inevitable conclusion, Kohl is left to decide: At what point might a man break, and at what cost to himself?
Available ebook formats: epub mobi
First 20% Sample: epub mobi (Kindle)
Price: $4.99 USD
Buy Add to Library Give as a Gift
How gifting works
Create Widget
Tags: crime redemption contemporary general fiction
About Robert Hays

Robert Hays has been a newspaper reporter, public relations writer, magazine editor, and university professor and administrator. A native of Illinois, he taught in Texas and Missouri and retired in 2008 from a long journalism teaching career at the University of Illinois. He has spent a great deal of time in South Carolina, the home state of his wife, Mary, and was a member of the South Carolina Writers Workshop. His publications include academic journal and popular periodical articles and ten books, including his collaborative work with General Oscar Koch, G-2: Intelligence for Patton, and one published in paperback edition under a different title. Robert and Mary live in Champaign, Illinois. They have two sons and a grandson and share (long story!) a cat named Eddie with the family next door.

A Shallow River of Mercy
Ernst Kohl has spent nearly half his life in prison after being convicted of murder as a young man. Upon his release, with nowhere else to go, Kohl returns to his old family home on the outskirts of a small Michigan town, hoping for redemption, or at least understanding.

Reviews of A Shallow River of Mercy by Robert Hays

You have subscribed to Smashwords Alerts new release notifications for Robert Hays.

You have been added to Robert Hays's favorite list.

You can also sign-up to receive email notifications whenever Robert Hays releases a new book.