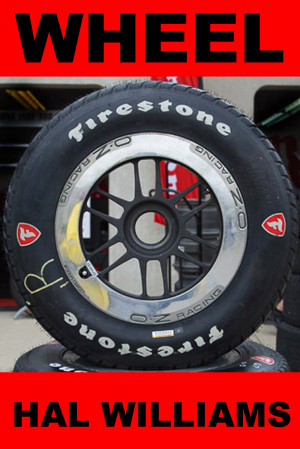 As a professional driver in Indy cars, Ray Denton is facing a premature end to his racing career. He has the temperament of a tarantula and the tact of a tornado, neither of which makes him popular. He also has a gorgeous blonde girlfriend who loves him but hates auto racing. More
Ray Denton has a “reputation,” as some Indy car owners like to express it. He has the temperament of a tarantula and the tact of a tornado, and he seldom tries to mitigate either one. On the other hand, his on-again-off-again fiancé, Sharon Firestone (no, not that Firestone), hates racing and would like nothing better than to see his career come to a close. In trying to achieve balance in their lives, they face challenges that cannot be resolved with air pressure changes or wing adjustments.
A new opportunity seems to be the answer. A former employer needs Denton back in the driver’s seat, but it’s not what he expects. Neither will it overcome Sharon’s dread of the dangers imposed by insane speeds on race tracks.
How they deal with the ups and downs of life together is as intriguing as the suspense and uncertainties of racing itself.

Native Texan Hal Williams was born while Franklin D. Roosevelt occupied the White House, and he has amassed a broad variety of experiences since. His writing style reflects each one in some large or small way. He has:
—performed and recorded with a 1960s rock band
—served aboard a U.S. Navy destroyer on combat deployment to Vietnam
—worked as a diesel engine mechanic
—earned a journalism degree
—served as a Dallas Police Reserve officer
—had articles published by newspapers, wire services, and magazines
—done welding and machine work
—edited both fiction and nonfiction book manuscripts for publication
—driven in performance rallying and sports car racing competition
In addition to writing and working around race cars, Hal enjoys playing bridge, target shooting, and collecting vintage revolvers. He lives in the Dallas area.

You have subscribed to alerts for Hal Williams.

You have been added to Hal Williams's favorite list.

You can also sign-up to receive email notifications whenever Hal Williams releases a new book.