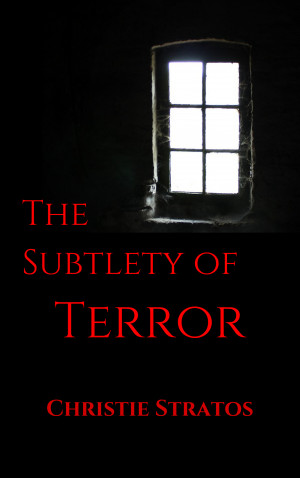 The Subtlety of Terror

By Christie Stratos
At 1,950 words, this horror short story is a 10-minute read or less.

It's the quietest evils that are the most horrifying—their persistence, constant presence, and unyielding terror. Real horror flourishes in its perpetual infliction of fear. More
At 1,950 words, this horror short story is a 10-minute read or less.

It's the quietest evils that are the most horrifying—their persistence, constant presence, and unyielding terror. Real horror flourishes in its perpetual infliction of fear.

What readers are saying about Christie Stratos's other works

Brotherhood of Secrets:
"I couldn't put the book down and finished it within 24 hours!"
--Anais Chartschenko, author of Bright Needles and other poetry collections

"This book was so powerful I finished it in two days. If it hadn't been for the need to sleep, I would've finished it in one."
--Michael J. Elliott, author of Portraits of Dread and other horror books

"The attention to detail in this book must be highlighted. Textures, symbolism, and words. Every word is placed where it has to be placed and sometimes a sentence can make you shiver or gasp."
--J.D. Estrada, author of Only Human and many other works