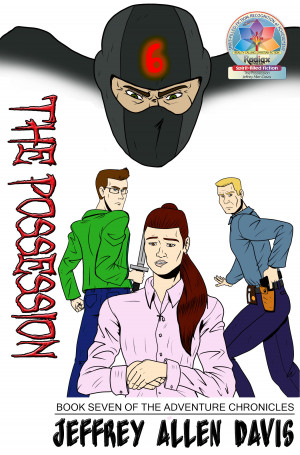 By Jeffrey Allen Davis
Shawna Weston, now a high school teacher, assists the FBI in the investigation of a serial killer. A serial killer who may, in fact, be a ninja. More
A shadow is stalking the students of a Christian high school in the St. Louis suburb of St. Charles, MO. Two beings in one, the killer seeks out the hypocrites who live the days in the sun and ignore their God at night. The goal is the death of ten.

Shawna Weston has graduated at the top of her class from a college in Texas and has settled in as the History teacher at this same school. The shadow knows of her. It knows of her gifts. It knows that it has more to fear from her than the FBI agents who are investigating the murders . . . or Shawna’s ninja friend who has been brought in to help.

Though the killer may not be able to send her to the same eternity of torment to which the students are being tossed, at least the Woman of Prayer can be eliminated and put out of the way of the Dark Master’s future plans.

Shawna is not a teenager anymore. And it is now time that she steps up to be the hero that God wants her to be.

Jeffrey Allen Davis writes from a suburb of St. Louis, MO, where he lives with his wife Vickie, two step-children Jayson and Breeanna (yes that's really the spelling of her names), and his daughter Kaitlyn (part-time). An ordained minister, Davis’s writing tends to take place within a Christian worldview, even if the story isn’t overtly religious.

Davis spends his time watching Christian and martial arts movies, hanging out with his family, studying the Word, and contemplating the joy of Reformed Theology.

In his day job, Davis works as a loyalty travel agent. He is slowly learning the industry and has finally gotten most of the airport codes committed to memory.

He is also a very political person who enjoys discussing his conservative views. On top of that, he will gripe--to anyone who will listen--about how Marvel Comics ruined Spider-Man by ret-conning his marriage to Mary Jane. That and how Wizards of the Coast ruined D&D with the 4th edition of the game.

Also in Series: The Adventure Chronicles

You have subscribed to alerts for Jeffrey Allen Davis.

You have been added to Jeffrey Allen Davis's favorite list.

You can also sign-up to receive email notifications whenever Jeffrey Allen Davis releases a new book.