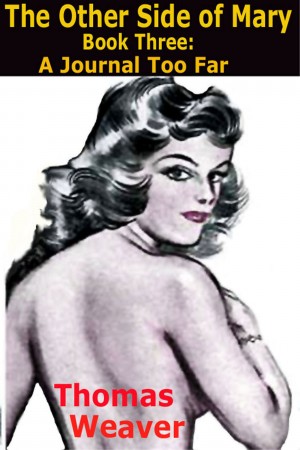 The Other Side of Mary - Book 3: A Journal Too Far

Two insatiable, over-sexed women who demanded satisfaction were almost too much for Tommy, despite his own powerful libido. Could he say no to either of them? As their sexual activities became kinkier and kinkier, he found that there was yet more extreme sex described in Mary’s journal she had written while he was away in the army. His concern was mounting, and his trust was beginning to waver.
Available ebook formats: epub mobi pdf lrf pdb txt html
First 20% Sample: epub mobi (Kindle) lrf more Online Reader
pdb
Price: $2.99 USD
Buy Add to Library Give as a Gift
How gifting works
Create Widget
Tags: menage a trois troilism extreme sex over sexed
About Thomas Weaver

Reviews of The Other Side of Mary - Book 3: A Journal Too Far by Thomas Weaver