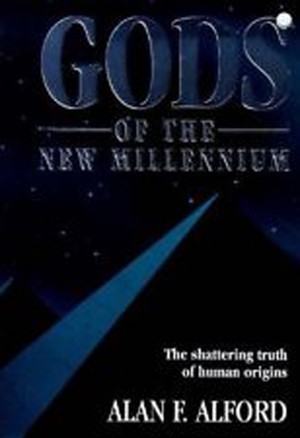 Gods of the New Millennium

In a supremely researched and extensively referenced 500-page book, Alan Alford sets out the full scientific evidence for his interventionist theory, which enables us to identify the gods as the architects of the Pyramids, Sphinx, Stonehenge, Machu Picchu, the Nazca Lines and other ancient sites.

Alford leaves few questions unanswered in this tour-de-force which explains who the gods were, where they came from, why they came to Earth, why they created mankind and where they may be now.

The controversial conclusion is that man may literally be about to meet his makers...

E-book contains bonus material including the author's 40-page Self-Critique of his own work.

Prior to becoming a full-time author, Alan Alford worked as a chartered accountant for several medium-sized PLCs in the UK, gaining experience in the construction, aerospace and water supply industries.

Alan Alford gained his chartered accountancy qualification with first-time passes in 1985. He gained his degree in Commerce from the University of Birmingham in 1982 (2:1 honours with distinction in business decision-making). His MBA was awarded by Coventry University in 1993. His GMAT score for MBA admission was 680 points, placing him in the top 4 per cent of those graduates taking the exam.

Alan Alford is married, with no children as yet, and he lives in Southampton, England.

Alan Alford has no religious or political affiliations.

Alan’s aims in life are: firstly, to achieve personal spiritual enlightenment; and secondly, to educate the public about the meaning of ancient religions and thereby lay the groundwork for an eventual unification of all the world’s current religions.

This excellent book should have historians rushing to look at ancient sites and artefacts in a very different light.

The authors explanations and theories are easily substantiated by those who dig deep enough.

This book must be in everyones bookcase! Buy it now and open your eyes to our true origins and history.

You have subscribed to alerts for Alan Alford.

You have been added to Alan Alford's favorite list.

You can also sign-up to receive email notifications whenever Alan Alford releases a new book.