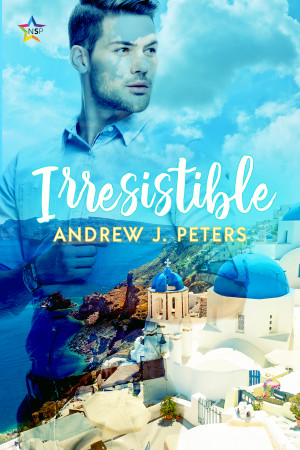 By Andrew J. Peters
A gay romantic comedy of errors based on Chariton’s Callirhoe, the world’s oldest extant romance novel. More
Brendan Thackeray-Prentiss is an Ivy League-educated trust-funder who Gotham Magazine named the most eligible gay bachelor in New York City. He lives for finding his soulmate, but after walking in on his boyfriend of three transcendent months soaping up in the shower with an older female publicist, he’s on a steady diet of scotch, benzodiazepines, and compulsive yoga. Men are completely off the menu.

Callisthenes Panagopoulos has a problem most guys dream of. With the body and face of a European soccer heartthrob, the vigorous blond hair of a Mormon missionary, and a smile that makes traffic cops stuff their ticket books back in their utility belts, he’s irresistible to everyone. But being a constant guy-magnet comes with its discontents, like an ex-boyfriend who tried to drive his Smart car through Cal’s front door. It makes him wonder if he’s been cursed when it comes to love.

When Brendan and Cal meet, the attraction is meteoric, and they go from date to mates at the speed of time-lapse photography. But to stay together, they’ll have to overcome Cal’s jealous BFF, Romanian mobsters, hermit widowers, and a dictatorship on the brink of revolution during a dream wedding in the Greek isles that becomes a madcap odyssey.

Andrew J. Peters has been writing fiction since his elementary school principal let him read excerpts from his mystery novel over the PA system during lunch period, an early brush with notoriety, which quite possibly may have been the height of his literary celebrity. Since then, he has studied to be a veterinarian, worked as a social worker for LGBTQ youth, and settled into university administration, while keeping late hours at his home computer writing stories. He is the author of eight books, including the award-winning The City of Seven Gods (2017 Best Horror/Fantasy Novel at the Silver Falchion awards) and the popular Werecat series (2016 Romance Reviews Readers’ Choice awards finalist). Andrew lives in New York City with his husband Genaro and their cat Chloë. When he’s not writing, he enjoys travelling, Broadway shows, movies, and thinking up ways to subvert heteronormative narratives.

You have subscribed to alerts for Andrew J. Peters.

You have been added to Andrew J. Peters's favorite list.

You can also sign-up to receive email notifications whenever Andrew J. Peters releases a new book.