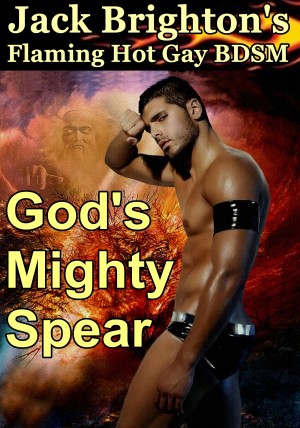 Jack Brighton is a British author who specialises in M/M erotica - most of which, but by no means all, falls into the category of BDSM - a way of life that he has rich experience of. There are romantic overtones in some of his work, but you tend to get what it says on the label. All the books fall under the banner 'Flaming Hot Gay BDSM' or 'Flaming Hot Gay Erotica', so don't expect anything else. But do expect them to be flaming hot, with plenty of storyline and character development. A dry sense of humour also features, and a very vivid imagination. He is best known for his 'Tales from The Wild Side' series, where that imagination runs riot.
Jack was brought up in a mining community in the west of Scotland, took his degree at Stirling, did a year's post- graduate in Edinburgh, then moved south to London, where he taught for a few years before moving into the finance sector, based in The City. Many of his stories draw on this background - as a gay man trying to find himself in what was more often than not a hostile environment.
Having given up the rat race, Jack became a full time writer in 2010. He now lives in Brighton with his long term partner.
Jack has also written mainstream fiction under the pen name J. K. Brighton.

You have subscribed to alerts for Jack Brighton.

You have been added to Jack Brighton's favorite list.

You can also sign-up to receive email notifications whenever Jack Brighton releases a new book.