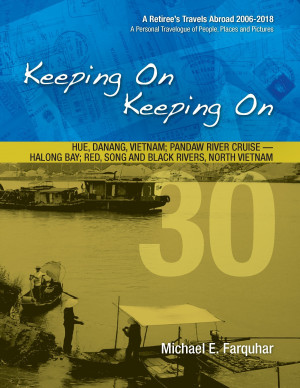 By Michael Farquhar
This mini book is one in a series of thirty mini books recounting my travel adventures over the period 2006-2018. They describe, with photographs, my personal travels, to such diverse places as Antarctica, South America, New Zealand, China, Vietnam, United Arab Emirates, European River Cruises, an African Safari in Kenya and Tanzania and mini trips in various parts of the United States. More
In 2004 I compiled a book entitled “I Remember It Well”, comprised of letters home, travel essays and extracts from my diaries covering a twenty month period, following the completion of my university studies, from 1965-1967, during which time I hitchhiked, youth-hosteled and worked my way throughout most of Western Europe. I concluded that document by noting that over the intervening years I continued to travel abroad and indicated that I was planning a five week trip to Australia in November, 2004. I did take that trip, preceded the year before by a trip to Morocco and Egypt.

During these trips I began to write periodic travelogues which I e-mailed home to members of my family and a few friends, reflecting my impressions of the people and the sites that I experienced in the various places that I visited. By 2006 I had fallen into the pleasant practice of usually taking one major trip abroad every year and I began seriously and regularly to write travelogues of my day-to-day activities and impressions of the diverse locales that I had visited. In addition, during the past decade, I also traveled extensively in the United States of America taking shorter mini trips.

I have retained copies of those travelogues, covering my travels abroad during the period 2006-2018, and have incorporated into them numerous photographs which I took with my point and shoot camera during those trips. This series of books, “Keeping On Keeping On”, demonstrates that, if you are comfortably retired and in good health, there is nothing to stop you from keeping on keeping on traveling until you can no longer keep on traveling, which is something I hope to continue to do for quite some time.

I have often been asked what stands out in terms of the most memorable places I have visited. Over the years it has become increasingly clear to me that what scenes are most etched in my travel memories are the natural beauty and unspoiled wildlife in so many parts of the world. Among my favourites are Antarctica, Halong Bay in Vietnam, the Galapagos Islands in Ecuador, the Iguassu Falls in Argentina and Brazil, the desert near Wadi Rhum in Jordan, the Ngorongoro and the Serengeti National Parks in Tanzania, the Masai Mara Game Reserve in KenSya, the Joshua Tree National Park in California and the Acadia National Park in Maine, U.S.A.
Download: epub mobi (Kindle) pdf more Online Reader
lrf pdb txt
Price: Free! USD
Add to Library
Create Widget
Tags: north vietnam travelogue travel photography retiree hue danang halong bay muong village pandaw vietnam river cruise viet hai village
About Michael Farquhar

Michael E. Farquhar was born and raised in Victoria, British Columbia, Canada. He attended Victoria College (now the University of Victoria) and subsequently the University of British Columbia in Vancouver, B.C. where he received his B.A. and M.A. degrees. In the fall of 1965 he set out on a twenty-month travel adventure in Europe, returning to Canada in the spring of 1967. In June 1967 he moved to Ottawa, Ontario where he began his thirty-year career in the Public Service of Canada. He retired from the Public Service as a Senior Executive in August 1997 with Transport Canada. Mike continues to live in Ottawa.

In 2004 he compiled a “book” entitled “I Remember It Well”, comprised of letters home, travel essays and extracts from his diaries, covering a twenty month period from 1965-1967, during which he traveled and worked his way throughout most of Western Europe.

Since his retirement, Mike has continued to travel all over the world, often as a part of small escorted tours. Over the years he has set foot in all ten Canadian Provinces, some thirty-eight American States, over seventy different countries and all seven continents including Antarctica in 2016.

About the Series: Keeping On Keeping On---A Retiree's Travels Abroad 2006-2018---A Personal Travelogue of People, Places and Pictures 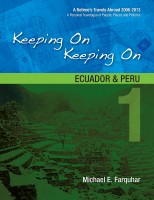 This is a series of thirty mini e-books of a retiree's travels abroad over the period 2006-2018. It is a personal series of travelogues of the people, places and pictures reflecting the experiences of the author during his travels on all seven continents. 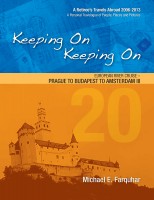 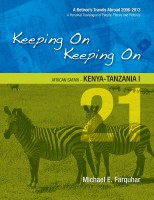 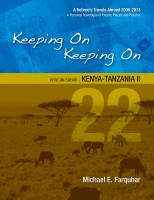 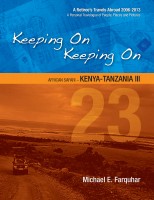 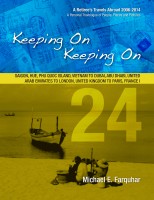 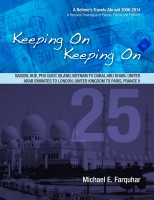 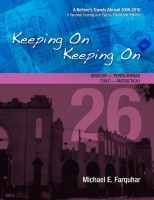 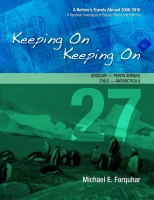 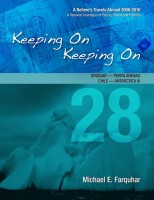 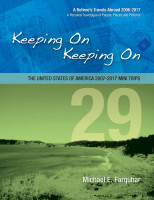 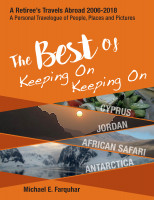 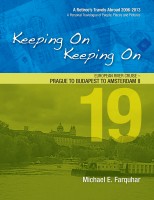 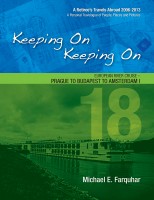 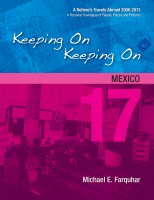 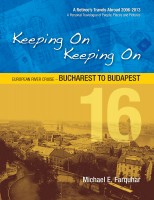 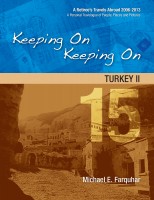 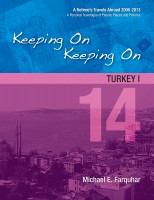 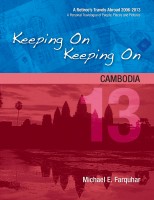 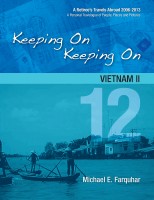 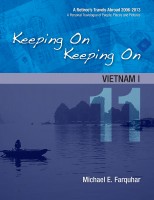 You have subscribed to alerts for Michael Farquhar.

You have been added to Michael Farquhar's favorite list.

You can also sign-up to receive email notifications whenever Michael Farquhar releases a new book.