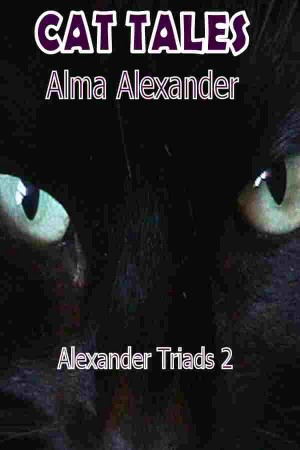 By Alma Alexander
We think we domesticated cats, but we didn't. They chose us. They came to live by our side in exchange for being fed and adored, and we've been at their regal beck and call ever since. What they bring to us are magic, mystery, and secrets. In this collection of short stories you get a glimpse at what lies behind the curtain. These are the Cat Tales. More
Humans domesticated a lot of animals from the wild, bringing the beasts into the house and the barn to serve us. We chose them.

But cats ... were different. They chose us.

They came to live at our side, by our hearth, of their own free will, in exchange for being fed and adored, and we've been at their regal beck and call ever since. What they bring to us are purrs, magic, mystery, stories, and secrets. Look into any cat's eyes and you will know that the cat knows far more than it's telling.

In the second collection of stories in the Alexander Triads, you get a glimpse at what lies behind the curtain.

I was born on the banks of an ancient river in a country which no longer exists.

I began telling stories as a child and never stopped. To date, I have written close to three million words in more than 20 published books. My novel, The Secrets of Jin-shei, has been published in 14 languages. My popular Young Adult Worldweavers series features New World magic and a heroine who is as American as Harry Potter is British.

I like books, embroidery, music ranging from "The Rocky Horror Picture Show" to Dvorak's New World Symphony, animals, coffee, chocolate, snow, velvet -- and, in people, kindness, intelligence and an off-the-wall sense of humor.

I am a punaholic, a chronic worrier, sentimental and passionate. I am married to a man who wooed me over the Internet and lured me to America, where I am currently owned by a cat. 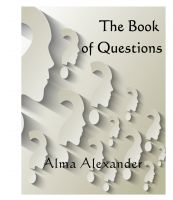 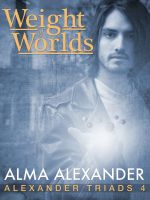 You have subscribed to alerts for Alma Alexander.

You have been added to Alma Alexander's favorite list.

You can also sign-up to receive email notifications whenever Alma Alexander releases a new book.