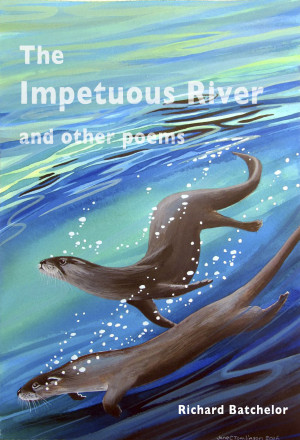 The Impetuous River and Other Poems

The Pelican School of Bird and Other Stories is Richard Batchelor’s second book and first work of fiction. His first book, The Temp Pest, a largely autobiographical half-comedy mostly set in warehouses and packing factories, is also available to download on Smashwords. Batchelor is also a musician and the front man in the longstanding rock and roll indie group, Ricky Spontane. The group have released three studio albums; Spontane Time, Hit the Town and Spontane 3, as well as a clutch of singles. A new EP, The Seeds of Doom, will hopefully be available to download by the time you’ve read this book. Batchelor has also released a solo album, Richard I.
Batchelor, who currently lives in Chartres, France, is a hypochondriac, a Fats Domino obsessive and a bungler. He is both imprisoned and liberated by his own imagination. It depends on the day. He can be contacted on: mailto:rjbatchelor2501@yahoo.co.uk

Amendment May 2017. Though Morrissey is oft quoted and rightly so during my first book, any genius he had seems to have dissipated into idiocy and bigotry. It's a pity, but true. I have no time for the man these days.

You have subscribed to alerts for Richard Batchelor.

You have been added to Richard Batchelor's favorite list.

You can also sign-up to receive email notifications whenever Richard Batchelor releases a new book.