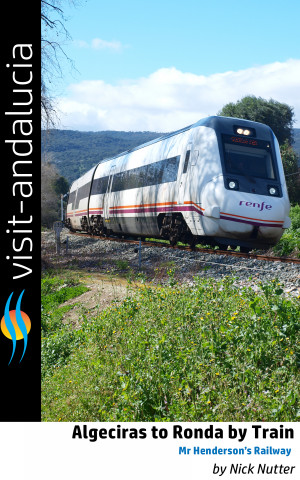 Nick Nutter was born and raised in Lancashire. At the age of seventeen years he joined the Fleet Air Arm as an anti submarine helicopter observer and subsequently became the youngest officer in the Royal Navy to wear 'wings'.
That career was followed by twenty two years in the Lancashire Constabulary, fourteen of which were on detached, village beats.

He and his partner, Julie Evans, moved to Spain in the year 2000. They started a business, Duquesa Business Centre and a website design company. Duquesa Business Centre was sold in 2005 and is to this day a successful business.
In the year 2004 they created a magazine, 'Andalucia Life' that, over the following five years, became the best read magazine onthe Costa del Sol. The magazine was sold in 2011.

In 2010 Nick and Julie bought a failing business and developed Estepona Port Business and Internet Centre that was sold in 2015.

Now they are concentrating on a community site, www.visit-andalucia.com, their webdesign business, www.wecandu.com and producing travelogues about Andalucia. Their first eBook, 'The Sherry Triangle' was published in November 2015.

About the Series: Visit Andalucia for the Curious Traveller

Visit Andalucia travelogues are much more than just guide books. They explore and illustrate in graphic colour the subject and the place. They are for people who are not satisfied with what they are told from the top deck of a tour bus or from the guides supplied by the tourist office.

They are written by Nick Nutter who has lived in Andalucia since the year 2000 and who on his own admission has an insatiable appetite for information. "I was a real pain at school, always asking 'why' and 'how'" he says. Nick was the editor of a successful magazine on the Costa del Sol, 'Andalucia Life' and discovered that Andalucia has much more to offer than what you see on the surface. 'I decided to write for the curious traveller'.

Also in Series: Visit Andalucia for the Curious Traveller

You have subscribed to alerts for Nick Nutter.

You have been added to Nick Nutter's favorite list.

You can also sign-up to receive email notifications whenever Nick Nutter releases a new book.