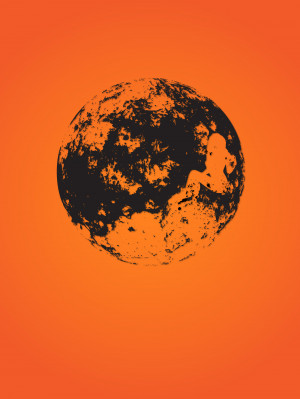 By Alan C Hall II
For what is to be a continuation of a poetic journey through life, love, morality, and opinion… yet with a hint of womanly perspective (or at least for the sake of Venus). The tale of one (to many) man’s scenery and perspective are conveniently condensed into eleven chapters of poems, lyrics, and summaries. While the journey continues… the mind in turn evolves. More
Venus…

Just in finding a world one would consider so bitter, I intercept another over/under breaking suspenders. So to such I must conduct another journey to this tourney in yearning I see… be it for me or her, blur the degree. Temporarily tempered to touch, while ever anxious… confuses the bruises a mind can map if fact contagious. So seeming as salty few who grew with anointed hue, congrats for brats and narcissism… give me a cue.

After all above for love and loyal, centered while soil. Prior questions still arise yet the tides are now coil. Same embodied yet occupation differs… more for the birds, begs a question of bees I might conceive as curves. Gone no song along the love with such lust is left to breath, quest continues a muse… conversational fest.

Mars… my manic depressant in virtue to finding one’s self and direction within this existence. A joyful confession of ideas and ideals I used to embody within my own mind. Those thoughts, while completely justified, have moved beyond one’s own armor to begin the search for another.

Resting with one’s demons can take a toll on the soul. Which is why the journey for enlightenment and sanity continues. The views remain… regarding history, standards, rights, etc. while also treading towards love/lust for those of the opposite sex. A salute of sorts to such enveloped within eleven chapters of poems, lyrics and summaries. While many may relate to each subject, others will more so exile such. The mind remains a machine and the exploration undoubtedly continues.

Alan C. Hall II, also known as Hallzzz..., an artist of numerous forms of medium, including graphic and web design, music, poetry, and art. He has made it his life's mission to influence, innovate, and evolve what is considered art while blurring the lines between each with absolute precision.

A tea 'drinkingly' athletic, detail-oriented, tech-savvy, and weirdly apparent man from 1984. Not the book/movie but the year. Former Navy sailor of eight years with a martial arts/boxing background and bully repellant.

Man of few words, yet when he speaks... it's powerfully enticing! His way with words spurred at a young age as a student of lyrics, rhyme and poetic expression. It has later evolved from just art to everything that he represents presently.
Connecticut born and currently residing in Austin, TX. Man on a mission... catch him if you can.

You have subscribed to alerts for Alan C Hall II.

Would you like to favorite Alan C Hall II?

You have been added to Alan C Hall II's favorite list.