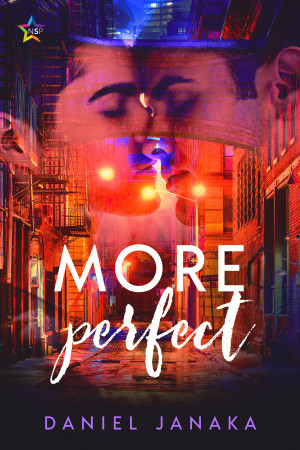 All seems picture perfect, but as the dust settles and the reality of day-to-day life takes over, Jimmy’s happily ever after begins to suffocate. Differences arise and disagreements become the norm as Jimmy and Luke navigate the sometimes-troubling waters of early adulthood.

First 20% Sample: mobi (Kindle) lrf pdb Online Reader
Price: $4.99
$3.49 USD
Buy with coupon Use the code AGB30 at checkout for 30% off during our site-wide promotion!
(Offer good through April 20, 2020 )
Have a better coupon?
Add to cart, then apply your coupon
Add to Library Give as a Gift
How gifting works
Create Widget
Tags: romance gay lgbt contemporary infidelity reunited
About Daniel Janaka

Daniel has always had a love for storytelling. Originally from New York City, he moved with his family at a young age to South Florida, and received his B.A. in Studio Art and Film from the University of Miami in Coral Gables, Florida. After graduating, he returned to New York where his love affair with the Capital of the World continued. In 2007 he relocated to Los Angeles, California where he now resides. Daniel received his M.F.A. from the American Film Institute Conservatory. He works in post production in the film and television industry, but spends most of his free time reading and writing.

You have subscribed to alerts for Daniel Janaka.

You have been added to Daniel Janaka's favorite list.

You can also sign-up to receive email notifications whenever Daniel Janaka releases a new book.