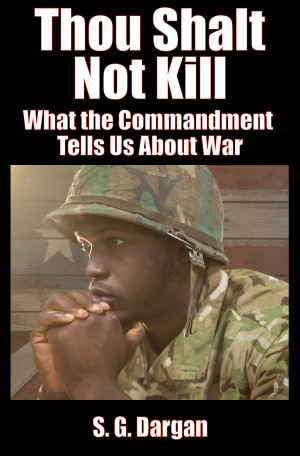 Thou Shalt Not Kill, What the Commandment Tells Us About War

A coherent ethical vision is essential for finding realistic answers to troubling questions about America’s wars. Ethical precepts capable of commanding widespread assent will make possible some workable resolutions to our divisive debates over war. Yet, many of the current books dealing with war focus relatively little attention on finding an ethical basis. Here, the Bible can be a helpful resource for both Christians and non-Christians. Biblical ethics have considerable overlap with the ethical visions of other religions and philosophies.

The author is a retired accountant, living in rural South Carolina. He received a BA in Economics from a small liberal arts college and did some post-graduate study in that field. His work experience includes carpentry and small businesses, with accounting as a late vocation. He has three grown children. Church membership and service have been life-long avocations, along with studying the truth claims and social relevance of the Christian religion.

Currently (in 2018) he is exploring United States war policy in light of the Bible’s teachings about war. "My personal experience of war has been mercifully limited. I was a draftee in the US Army during the Vietnamese conflict, serving in Vietnam during 1969, but I never had to experience combat. Doubts I had at the time about the necessity of the Vietnamese War were balanced by my generally conservative and patriotic inclinations. Subsequent revelations of the hidden history of that war, and later United States wars, added to my interest in critical evaluation of United States war policy."

About the Series: War In Biblical Perspective

A series of short books, each examining an aspect of United States war policy from a perspective of Biblical ethics.

You have subscribed to alerts for S.G. Dargan.

You have been added to S.G. Dargan's favorite list.

You can also sign-up to receive email notifications whenever S.G. Dargan releases a new book.