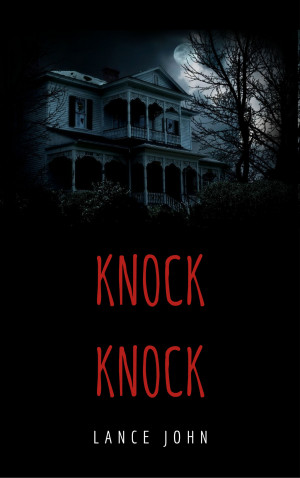 By Lance John
It's the start of the summer holidays for three school friends, Jake, Adam and Peter. To celebrate, they go around knocking on the front doors of their neighbours' houses just to run away before their neighbours can open their doors. When Jake decides they should go knock on the front door of a recently abandoned house, things turn for the worse.
Download: epub mobi (Kindle) pdf more Online Reader
lrf pdb txt
Price: Free! USD
Add to Library
Create Widget
Tags: paranormal haunting scary haunted ghost stories horror book holiday horror young adullt scary children children 7 up
About Lance John

Lance John, is a fiction novelist and short story writer from Durban, South Africa. His stories paint vivid pictures of futuristic adventures, grunge alleyways and heartfelt moments as he writes in the genres of Science Fiction, Thriller, Crime Fiction and Adventure.

His writing borders on speculative fiction while showcasing a fair amount of imagination, especially since he creates from the raw possibilities of life. With a background in Mechanical Engineering, his experimental attitude is quenched in the creations of his stories wherever he finds inspiration. He describes his situation with the following quote:

“Everybody walks past a thousand story ideas every day. The good writers are the ones who see five or six of them. Most people don’t see any.”― Orson Scott Card.

His interest in writing started at the age of seven when his mother had to use her library card to allow him access to books of his liking at the local library. It was there that he discovered the powerful effects of words and how it could transport a reader to other lands and other times. He remembers how he and his friends at school enjoyed their free time making up stories on-the-go to entertain themselves, and to see whose story was the most entertaining. It was usually decided by the storyteller that drew the most listeners around him that won. Ever since then, he has been trying to draw in readers with his stories.

You have subscribed to alerts for Lance John.

You have been added to Lance John's favorite list.

You can also sign-up to receive email notifications whenever Lance John releases a new book.