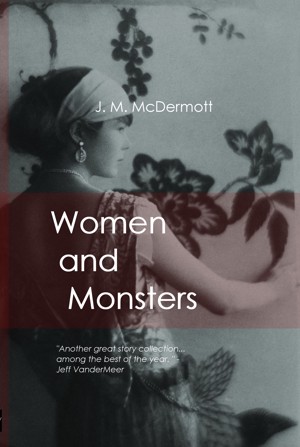 By J. M. McDermott
Rated 4.00/5 based on 1 review
This collection of stories from Rhysling and Crawford Prize-nominated fantasy writer, J. M. McDermott embraces the surreal and hallucinatory traditions of Margaret Atwood's Penelopiad, and The World's Wife by Carol Ann Duffy, to tell the stories that are always absent from the official books of history.

Sing, Muse, for yourself. More
The women and monsters of Greek mythology rarely get to speak for themselves.

Sing, Muse, for yourself.

Eurydice wanders an abandoned amusement park despite her husband's love. Ariadne becomes addicted to gypsy magic long after she was left on an island. Iphigenia dies at Aulis, confused and scared. Deianira kills her famous husband, Hercules, and feels like she slayed a monster. Korey thinks of leaving her mother, her small town, her mundane, simple life. There are monsters, too: Charybdis and Scylla, Cerynitis, Gorgon, and more.

This collection of stories from Rhysling and Crawford Prize-nominated fantasy writer, J. M. McDermott embraces the surreal and hallucinatory traditions of Margaret Atwood's Penelopiad, and The World's Wife by Carol Ann Duffy, to tell the stories that are always absent from the official books of history.

I am a robot fueled by coffee and fantasy novels. 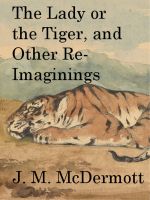 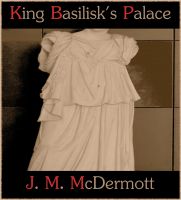 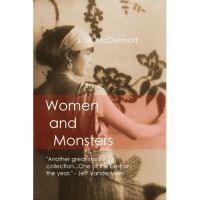 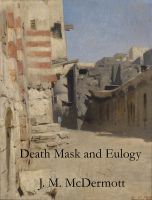 Reviews of Women and Monsters by J. M. McDermott

The idea that there are infinite versions of myths is given in an enthralling way in “Women and Monsters,” where women transcend Greek mythology. The association between the Greek myths and the short stories are unified in that they’re transcribed in a modern, abstract sense. Although defining this collection of tales would be dissonant in my opinion. Understanding the title and short introduction for each story is vital to fully appreciate the collection. Every one of the 22 short stories is worth your keen attention, though I must give three highlights:

“Arachne” resonated with me. Rachel, an art student, yearns to bring back her friend Nicole through weaving, who has transcended. I could really taste and smell the life of Rachel trying to find her way through art school while her affection and sexual interest in Nicole went unrequited. The awkwardness between Dr. Paris and Rachel, and her jaded mentality towards the art shows suggested her rogue, misfit, and artistic being wasn’t blossoming fully. The endearing interaction between Rachel and Nicole while she was wearing the grandmother sweater in the bank, on the train, and in the crowd, circulated through the entire story. I really felt pity for Rachel; I wish Nicole hadn’t transubstantiated. It haunted me.

“Nausicaa” was a sheltered girl living on an island. The bizarre reaction of taking the dead man into her bedroom and demanding his revival revealed a symptom of a much larger issue, desperation. I loved it. She wanted something better than a life of Catholic ritual, a manic mother, and a domineering father. The nature of the correspondence to her elderly friend Peter, as she struggled to make a life in an overwhelming new world, was cool and engaging. It’s characteristic of what draws me to McDermott’s work.

“Korey” took me on a trip of a young tom girl who was drawn to everything that is the carnival. The scenarios Korey took were tangible, and made even more so by the descriptions of the old escape artist and his aging qualities. Transporting to various locations, those blackouts, seemed like a journey of self-discovery, cultivated with an ominous undertone emitting from the old escape artist.

You have subscribed to Smashwords Alerts new release notifications for J. M. McDermott.

You have been added to J. M. McDermott's favorite list.

You can also sign-up to receive email notifications whenever J. M. McDermott releases a new book.