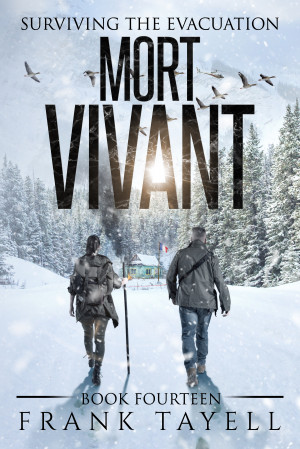 The outbreak was in February. By the end of November, Earth has become a hellish wasteland ravaged by the undead.
Survivors from across the Atlantic seaboard took refuge on the Welsh island of Anglesey. Beset by dangers from within, they departed to establish a new refuge in Belfast. Not all of them arrived. Six took the last plane on its last flight, but crashed in France.

Expecting a sprinting battle through the ruins of Belfast, they packed light. With few weapons and barely any food, their chances of survival are slim. The chances of rescue are slimmer. There was no evacuation in France. No quarantine. No rationing. But there are zombies, and there are people who believe they, alone, are the last survivors of the old-world. So begins a frantic race against the undead, through the snow and storm ravaged ruins of Northern France.