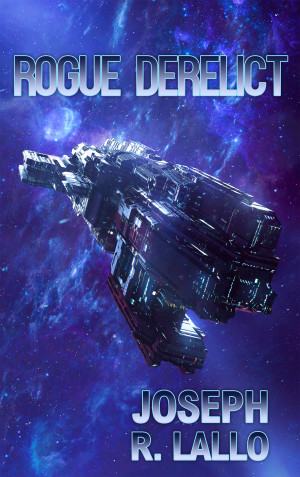 By Joseph R. Lallo
After the fall of the empire, all Benita Castor wants is a quiet life as an accountant. Somehow, she finds herself auditing an old Kirian space station for a crime boss instead. When an ancient ship arrives and its crew assumes Benita was their commander, the echoes of the past could have grave consequences for her future.

In the chaos following the fall of the empire, Benita Castor wants nothing more than to live a nice quiet life. She thought she made all the right decisions. What could be safer than becoming an accountant? Where could she be more secure than the industrial fringe of the empire’s most civilized planet? Yet somehow, she finds herself in the employ of a crime boss and is shipped off to audit a recent acquisition in a forgotten corner of the system.

Her new assignment is an old Kirian space station being developed by Nori Veshcha, an enterprising woman with big plans for the relic. Nori is overflowing with ambition, innovative ideas, and confidence—though her crew leaves something to be desired. Her chief technician, Blick Mathson, is a man more familiar with collecting debts than repairing ships. The only other crew member, her personal valet Lefty Hammermill, is a dim-witted but well-meaning grunt with secondhand cybernetics. Not much of a workforce to tackle the task of converting a centuries-old hunk of junk into a cutting-edge resort, but Nori is nothing if not determined.

At first, the assignment has the makings of an unpleasant but uneventful enterprise, even if Nori is somewhat overly cool, Blick is a bit overly warm, and Lefty is just overly Lefty. When a second relic of a bygone era makes an unscheduled arrival and its crew assumes Benita is their Kirian commander, she and the others realize the echoes of the past could have grave consequences for their future.

You have subscribed to Smashwords Alerts new release notifications for Joseph R. Lallo.