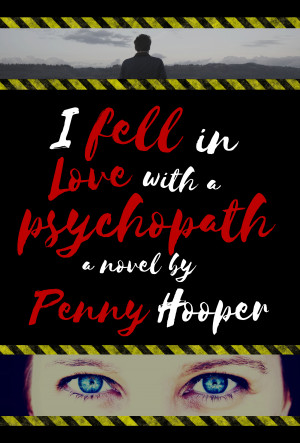 I Fell in Love with a Psychopath

When she first moved to the city, Jo met Liam. She had a small crush on him from day one. Finally, one day Liam asks Jo out on a date and she is stupidly nervous and surprised he even likes her!
Jo meets Xander in a bar. She keeps bumping into him, sometimes deliberately and she finds herself craving more of him.
The problem was, one of them is a psychopath and he now has an obsession with Jo... More
What would you do if you realised the man you fell in love with had a psychopathic personality disorder?

After getting her degree in history, Jo took the plunge and moved to Chicago. But one day a guy changes her life completely. And not necessarily in a good way.

When she first moved to the city, Jo met Liam. She had a small crush on him from day one. Along with his good looks, he was funny and charming. Maybe a little immature, but he never failed to make her laugh. Finally, one day Liam asks Jo out on a date and she is stupidly nervous and surprised he even likes her!

The problem was, however, one of them is a psychopath and he now has an obsession with Jo...

From an early age I have been writing, I think it was because my mother would read to me every night as I was a child. I remember writing a story about a girl called Sammy when I was a teenager, but unfortunately the very basic computer I had broke and I lost everything. I don&#39;t think I ever got over the loss.

I grew up in a large town called Swindon, in England. I was a shy girl, preferring my own company. I had a bit of a strange upbringing; during Primary School I refused to talk to anyone and had very limited friends, and so my parents decided to send me to a different school than my peers, in the hopes I&#39;d start talking, but I never did. I became the girl who whispered.

Through the whole of my secondary education I struggled through not talking but whispering. I again only had a few friends and preferred to hide away from the scary real world where people laughed at me and questioned what was wrong with my voice.

After school, I wasn&#39;t sure what I wanted to do with my life, other than be normal like everyone else. I had a lve for cars and wanted to be a mehanic but ended up studying computer programming at college. Dad&#39;s suggestion. Although I was no longer the girl who whispered, I found my voice again and my confidence grew. Although socialising was difficult.

A few years later I quit college and decided to find out what I wanted to do. I got a part time job at Halfords, my confidence growing more and more, I quit Halfords, travelled to Australia and suddenly I realised something wasn&#39;t right. I was constantly unhappy.

When I came back from a very rocky 8 months in Australia, I went back to the doctors and was diagnosed with depression.

Life since then has been a rollercoaster of ups and downs. Making friends and loosing friends. Having relationships and breaking up. Medications and counselling. And lots of questions; What am I supposed to do with my life? When will I finally be happy? What can I do to fix my depression?

In the end I realised my depression wasn&#39;t something I could fix, but something I had to learn to live with, to cope with and to train myself to focus on the positives rather than the negatives. It was difficult, and still is today.

But one thing that I found helped was reading. Escaping into the world of books. I found myself escaping my boring, depressing and lonely life in books. Harry Potter was my first and probably my biggest obsession. But I have others like Divergent, Hunger Games, The Girl With The Dragon Tattoo, they all helped me escape the real world.

I wrote my own too, mainly just little fan-fiction stories I&#39;d keep to myself, pretending I was in the world of Harry Potter. Or writing stories where I was someone else in the real world.

Then one day I realised I should turn these stories into books! (Without copywriting someone else&#39;s work of course!) So that is where I am now, at the age of 28, still unsure what to do with my life, but at least I am writing and sharing my stories with the real world and not just the fantasy world!

You have subscribed to alerts for Penny Hooper.

You have been added to Penny Hooper's favorite list.

You can also sign-up to receive email notifications whenever Penny Hooper releases a new book.