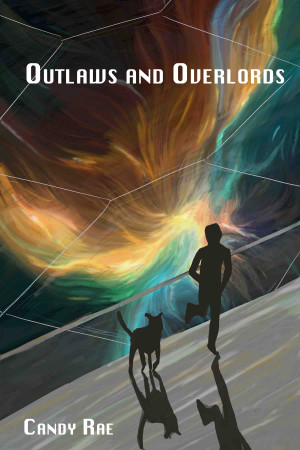 By Candy Rae
A tale about a hitherto nebulous but emerging threat from another galaxy. Who are these new aliens? Why are they interested in our galaxy? Who are they in league with? And what do they want with Rybak? More
Despite an agreed-upon ceasefire, the Community and the Alliance of Six are still at war. With the discovery that the Lind and the Larg are key to the survival of every species in the Milky Way, can they survive long enough to act?

An adventure ride through the galaxy with old friends and new aboard an elderly ex-warship on a quest to find kidnapped children and answers turns into something far more sinister while the inhabitants of Planet Rybak find once more that their home is in danger.

Candy Rae has been an avid reader since childhood, with fantasy and science fiction appearing on her bookshelf in her first year of university when a friend introduced her to talking dragons. All her life, she has wanted to write, but it wasn’t until Christmas Day in 2003 that she sat down and started planning the book that, after many revisions, became the first book in the Planet Wolf series: Wolves and War.

As a former accountant, Candy was notorious among her family for elongating her commute home by parking in a safe space and starting to write, having got into the habit of carrying a notebook with her wherever she went, a habit she continues to this day. When she’s not writing, her hobbies include knitting, tapestry, and trying to figure out ‘whodunnit’ in murder mysteries.

Candy lives in Ayrshire, Scotland, with her large black cat, Sammy, and her Labrador-Corgi cross, Alex. She writes her books in British English with a Scottish flavour.

About the Series: Flying Colours

The Community and the Alliance of Six are at war and both the freedom and survival of intelligent non-humanoids across the galaxy hang in the balance. Who will prevail? Will Rybak ever be the same?

You have subscribed to alerts for Candy Rae.

You have been added to Candy Rae's favorite list.

You can also sign-up to receive email notifications whenever Candy Rae releases a new book.