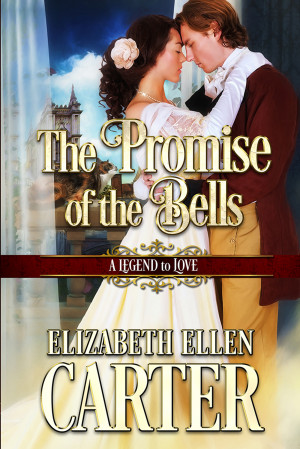 The Promise of the Bells

By Elizabeth Ellen Carter
Childhood sweethearts Richard Whiting and Catherine 'Cat' Swanston meet again and try to solve the mystery of her missing father, Lord Ambrose. A retelling of Dick Whittington set in Regency London. One of the stories in the A Legend to Love series. More
Young Richard Whiting comes from a poor family but he's given a golden opportunity - to move to London to further his education. On the way there, he is befriended by Lord Ambrose and his young daughter, Catherine 'Cat' Swanston, and Richard and Catherine become sweethearts.

In order to make his fortune, Richard is pulled into a different life but the young couple vow beneath the tolllng bells of the churches of London to always be there for one another.

Years later, now an up and coming barrister, Richard learns that Catherine needs help. Her father is missing, and His Lordship's business partner refuses to provide any information. It will take Catherine's bravery and Richard's legal cunning for there to be a happily ever after...

The Promise of the Bells is a retelling of Dick Whittington set in Regency London and is part of the A Legend to Love series.

Elizabeth Ellen Carter is a historical romance author whose works frequently contain elements of high adventure. Her published titles include the Regency adventures ‘Moonstone Obsession’ and its sequel ‘Moonstone Conspiracy’, set in England and France during the French Revolution, and ‘Warrior’s Surrender’, set in 1077 Northumbria. In 'September Harvest', her contribution to the anthology Second Chance Cafe, she paints a sensitive picture of life and growing up in rural Kent in the late 1800s. Other short stories include 'Moonstone Promise', 'Three Ships' (in the anthology A Season To Remember) and The Tin Bear. Elizabeth Ellen Carter lives in Australia with her two cats and editor husband.

You have subscribed to alerts for Elizabeth Ellen Carter.

You have been added to Elizabeth Ellen Carter's favorite list.

You can also sign-up to receive email notifications whenever Elizabeth Ellen Carter releases a new book.