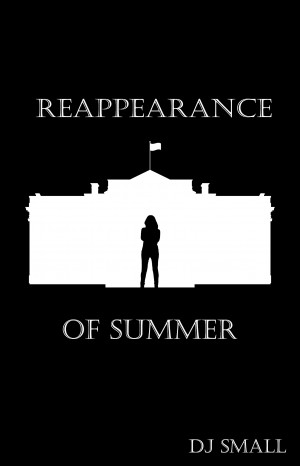 Rated 3.00/5 based on 1 review
The life Summer left behind two years ago comes back and forces her to face all she left behind. More
In 2116, Colonel Summer Hawkins’s jet crashed off the coast of Iran during a rescue mission and she lost her leg and career because of it. Unable to face the demons the crash provoked, Summer left Washington D.C. and her life behind.

Two years later Summer’s past intrudes on her new life as a tabloid darling and she’s dragged back to Washington D.C. kicking and screaming. Forced to face the life she left behind, and the wife she abandoned, Summer struggles with her sudden reappearance in the nation’s capital while balancing her delicate mental state.

Will the abrupt disruption be the thing to pull her out of the hell her life has become or will it cause her mental demons and nightmares to worsen making Summer fall deeper into the pit of despair and hopelessness she’s lived in for the last two years?
Available ebook formats: epub mobi pdf lrf pdb txt html
First 15% Sample: mobi (Kindle) lrf pdb Online Reader
Price: $2.99 USD
Buy Add to Library Give as a Gift
How gifting works
Create Widget
Tags: political ptsd contemporary divorced queer fiction disabled character lgbtq fiction wlw fiction
About DJ Small

Trans, queer author, DJ Small, is a writer who creates stories about characters from various backgrounds and are a part of the LGBTQ+ community. He strives to portray a world where an individual's sexuality, gender, or race are insignificant. There are times where such topics will be a point of drama for the character, but not frequently. DJ only wants to create fantastical worlds, and come up with a good story about two people falling in love. If this is a radical idea, then call him crazy.

Reviews of Reappearance of Summer by DJ Small

I like political novels that feature lesbians. I enjoyed the premise of the novel. Val’s role as president was significant to the story, yet Summer feeling the effects of PTSD and how it affected everyone around her was the main theme. As much as I liked the premise, the story had some shortcomings.
First, it lacked a good line editor. Spell check works great, but if words are missing or an incorrect word is used, it’s useless. Someone needed to read each sentence. There were far too many errors, and it takes the reader out of the story. Second, there was too much telling and not showing. We heard what Summer or Val felt, but we would have experienced it more deeply if we had seen more of their actions and how their feelings manifested physically. Plus, in the beginning we get lots of profanity, to the point it became tiresome on Summer’s part. It took me awhile to warm up to her. Third, the ending was rushed. I think another chapter or two as they explored their relationship, in the midst of Val’s huge responsibilities and Summer’s anxieties would have greatly added to the ending. While it would have been nice to have seen them become intimate, Summer is still dealing with all her issues. Val is a saint of patience on so many fronts. So, if you’re expecting a hot sex scene, you won’t find it here. All this being said, I did enjoy this story..

You have subscribed to alerts for DJ Small.

You have been added to DJ Small's favorite list.

You can also sign-up to receive email notifications whenever DJ Small releases a new book.